The engine compartment was reinforced with L stock aluminum which stiffened up the lower hull and the upper deck but left our Tiger with a gapping, empty hole or cavity.  As luck would have it, we uncovered a slightly dusty but otherwise low mileage Maybach motor underneath one of the work benches.  We decided to add this impressive powerplant to our Tiger and fabricate an engine compartment around the Maybach.  We must enlarge the opening in the forward firewall for the motor to fit but this should not be a problem. 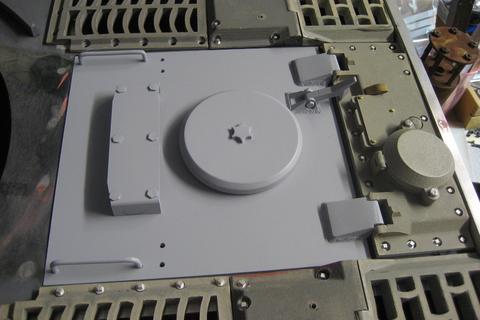 At this point, the lower hull has been reassembled with all seams having been reinforced with JB Weld.  The installation of the side skirts would normally be included on the Upper Hull page but we slipped it in here due to a lack of space.  The side skirts that came with the kit are very thin and are not scale.  Bob sent a more accurate design to our sheet metal guys and they cut and bent a really nice set out of 18 gauge steel.  BIG improvement. 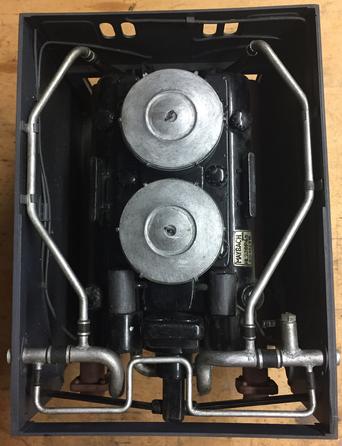 Pictured above, we test fit the engine inside the compartment to get a general idea as to how the engine will fit.  So far so good. 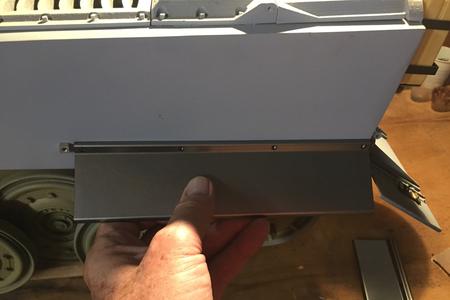 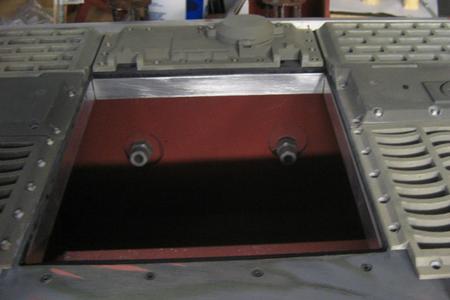 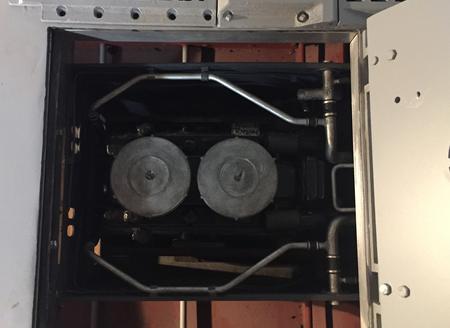 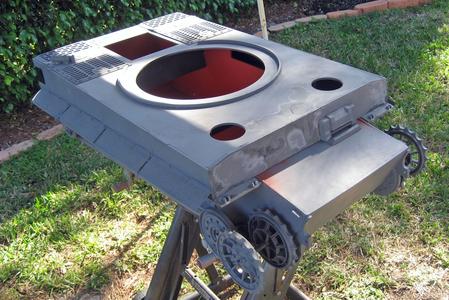 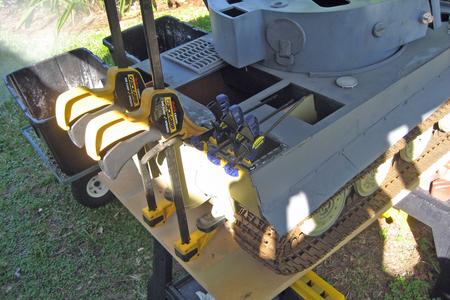 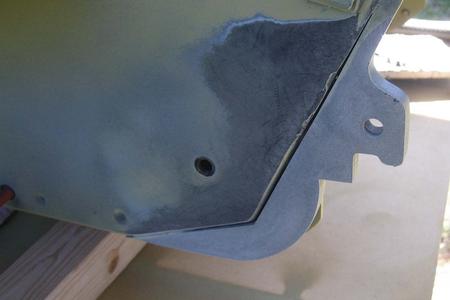 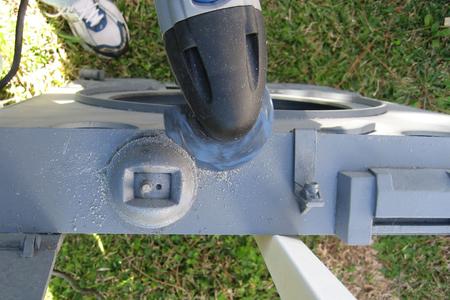 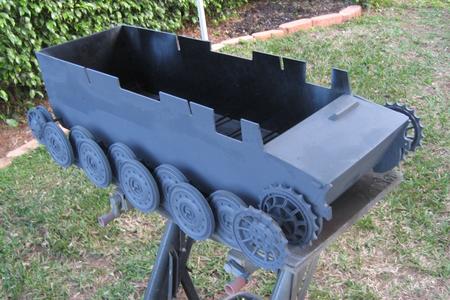 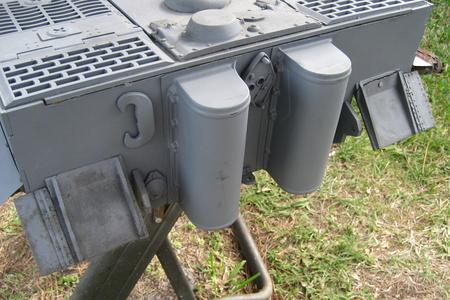 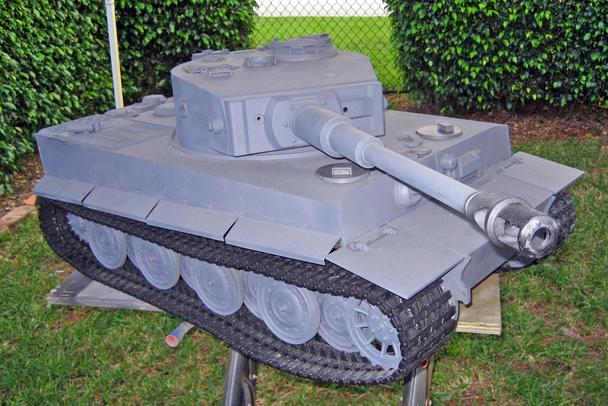 Our  FOA Tiger arrived in the workshop in pretty bad shape.  It had been sitting in the garage gathering dust and was suffering from missing parts, incorrectly installed pieces and general neglect.  This was definitely going to be a fun project so we began by stripping the lower and upper hull of everything we could.

The kit is one of the best or most affordable versions of the one sixth scale Tiger and its PVC construction is surprisingly strong.  Many of the surface details are made from plastic or from resin whereby many of them were produced to keep the price of the kit within a reasonable range while providing some degree of historical accuracy.  Many of the details that modelers crave are often not included in a base kit due to their cost and complexity.  We decided to use this project as a good excuse to develop some of our own parts such as steel exhaust shields which would replace the styrene plastic units supplied with the kit and pictured here installed upside down.

We used several Dremel tools to cut or remove parts from the upper hull such as the armored visor, the front mudguards (which had all but broken off), the kubelblende and others.  We painted the interior a red oxide primer.  Several of the upper and lower hull panels were loose or had large gaps or seams.  We reglued and reinforced many of these seams by using a two part epoxy and aluminum L stock.  The goal was to strengthen each assembly, eliminate sagging in the upper hull and give the tank some structural rigidity.

The rear hull was literally coming apart so we used a combination of fiberglass cloth/resin and M3 stainless screws to reattach this section.  Once we had cleaned the lower/upper hull and securing some of the loose body panels, we began upgrading several of the sections or features on the tank.  We also noted that the turret would require a complete rebuild which is detailed on this site.

The front towing stanchions were replaced with a pair of aftermarket ones pictured below.