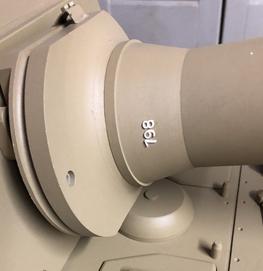 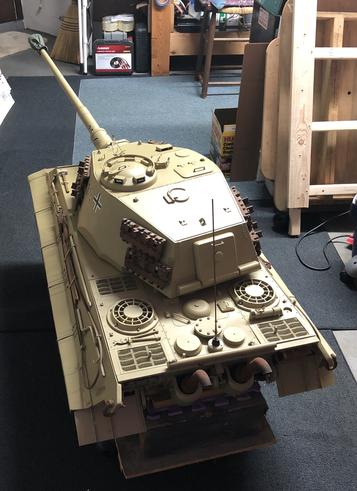 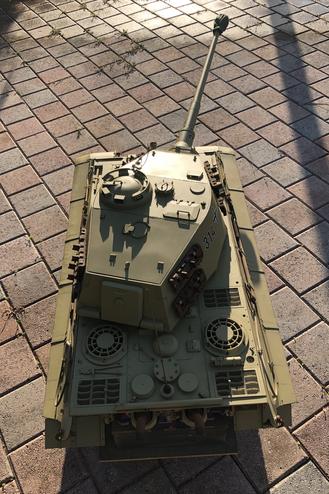 We are finally heading down the home stretch with regard to our Konigstiger Refit.  Although there are still several features on the tank that could be improved upon our King Tiger's new owner is anxious to bring this impressive beast home.  The upper and lower hull have been cleaned and touch up paint applied before adding weathering and decals.

The King Tiger did not have an over abundance of markings or insignias and divisional markings were often absent or covered up by spare track links mounted on the turret.  We researched our King Tiger's deployment history in Waldemar Trojca's book "Konigstiger" and determined that the tank was part of the 1st Zug in Kompanie 3 in the  s.SS.Pz. Abt. 503 (No 314) under the command of Kompaniechef Lt. Richard Freiherr von Rosen. s.Pz.Abt 503 was originally issue a total of 43 brand new Tiger Ausf B's and during its combat career destroyed more than 1700 enemy tanks.

The tank trained near Paderborn Germany and was originally deployed to Mailly le Camp France in July of 1944 but was later transferred by railway to Hungary in November of that same year.  Unit 314 eventually made its way to the Government Sector along the Pottsamer Platz and participated in the final defense of Berlin in April of 1945.  Konigstiger #314 scored an impressive 49 kills during this time period including Russian T34's and IS-2's and spearheaded the breakout once it was apparent that all was lost (Hitler had killed himself the day before).    It is widely believed that Hermann Borman was in this group of 400 infantry and civilians following Konigstiger 314 out of Berlin.  The survivors of this exodus were later captured by the Americans near the Budweis forest and turned over to the Russians.  Konigstiger #314 survived the war but was later sold for scrap.

Our tank will feature black numeric markings along the barrel and across the back of the turret hatch.  The German Balkankreuse usually preceded the numbers or was located along the upper hull. 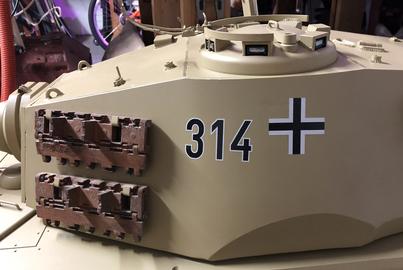 ​     We have added casting numbers to the turret mantlet which is a small detail that is often overlooked.  A number of the Ausf B's issued to the Pz.Abt. 503 featured zimmerit as well although there was an appreciable number that did not.  Applying decals over zimmerit would have been exceptionally difficult. 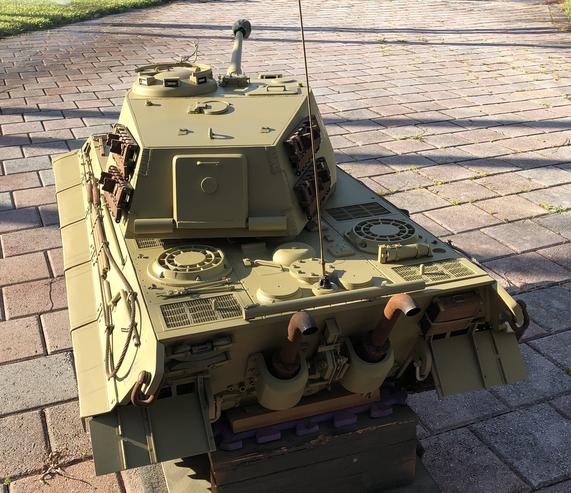 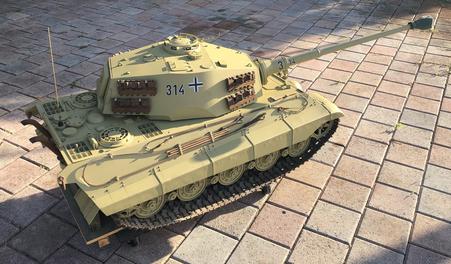 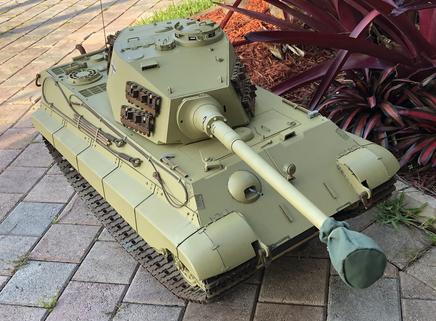 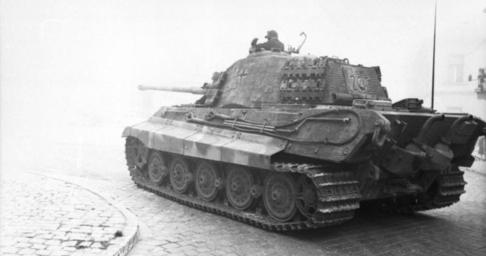 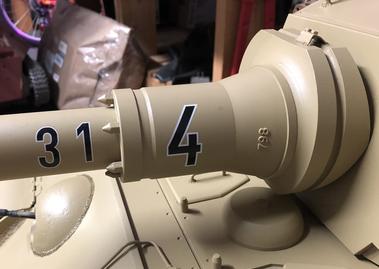