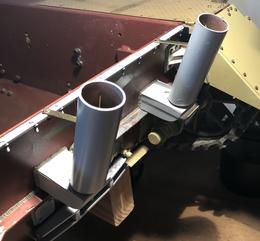 We have finished adding the weld detail for the rear hull and have fabricated brass brackets to the vertical exhaust stacks.  These brackets are screwed into the brass rail that is bolted to the upper lip of the rear hull.  We also made brass caps for the coolant outlet and for the starter opening.

The original canister muffler was actually welded to the steel chassis so we had to use a die grinder with a cutting wheel to remove it.  We saved the muffler and will use it on the other Panzer IV  build currently in progress.

We test fit the two flammenvernicher mufflers and will begin modifying the white metal bases to support the two mufflers.  The muffler stacks are made from steel and have been pre drilled for the installation of a smoker system later on in the build.

​     We sanded down the top portion of the old muffler shoes and then constructed a styrene box around them.  Next, we used JB Weld to secure the exhaust stacks to the modified muffler mounts.  Finally, the completed mufflers were secured to the rear hull and weld detail was added shortly thereafter.  Really pleased how they turned out. 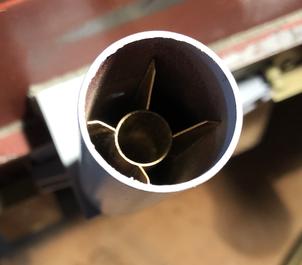 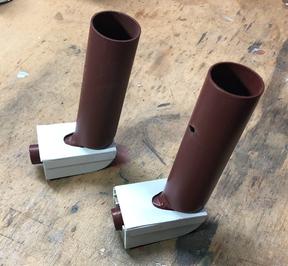 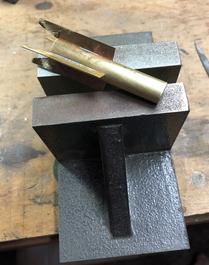 We test fit the photo etched brass rail that runs along the upper edge of the rear hull and drilled holes in order to permanently secure it when we are ready.  Brass brackets will be bonded to the exhaust stacks and bolted to this rail.  The interior of the exhaust needs an inner pipe along with four fins.  We will use brass tubing and scrap pieces of brass soldered together.  This is a time consuming detail but will add alot to the finished model.

When we first decided to construct a Flakpanzer from our Panzer IV kit we encountered several design related  problems.  According to historical records, there were only about 100 of these vehicles produced before the end of the war.  In addition, the Wirbelwind was quickly replaced by the upgunned Ostwind featuring a single, 30mm cannon.  Our Spearhead Panzer IV is a mid to late production version and does not have the correct rear idler wheels and features only three steel return rollers per side.  Finally, our Panzer IV has the conventional exhaust on the rear but we want our Wirbelwind to be truly different and feature the dual vertical mufflers found on late production Ostwinds and Panzer IVs.

Finally, we got a break and our research uncovered a Wirbelwind photographed on January 25th, 1945 on the road to Compogne Belgium.  It was in fact, very rare having been built on the Ausf J chassis (yea!), featuring four steel return rollers and sure enough, the ultra rare Flammenvernicher mufflers (double yea!).  It is believed that this same Wirbelwind was built at the Sabau armory in Silesia and later fought in the Battle of the Bulge.  Okay, we have got work to do.

Now that the exhaust stacks are almost finished, we are focusing once again on the rear hull beginning with the recovery towing hooks.  The stock hooks are not scale and the cast white metal accessories are missing so we fabricated a pair of our own.  We used 1/8 inch styrene and will blend them into the steel hooks using Apoxy Sculpt.

We soldered four brass fins to the tubing and carefully sanded each assembly for a smooth fit.  The final result is really dead on and we are pleased with how the vertical exhaust has turned out. 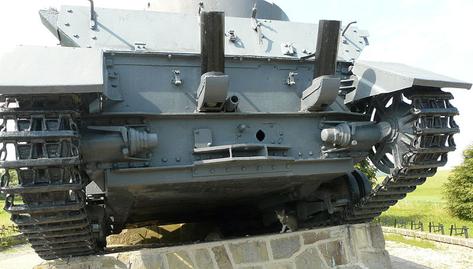 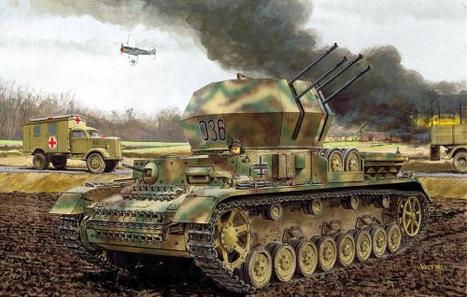 One of the more challenging features to duplicate on our Flakpanzer is the Flammenvernicher exhaust system.  We probably would not have even considered using this were it not for the fact that a pair of these vertical mufflers were included in the sale of the kit.  Fortunately, the mounting holes for these mufflers were pre drilled in our lower chassis.  However, we must scratch build each lower box manifold on which the vertical stacks are mounted.  Our goal is to use the existing supports from the original canister muffler.

We have reinstalled the left idler wheel and added some additional detail to the rear full including the started plate, and the turret motor mount cover.  Keep in mind that the canister muffler will be removed in favor of the Flammenvernicher mufflers.  We have modified the rear tow hitch in order to provide some additional accuracy to its appearance. 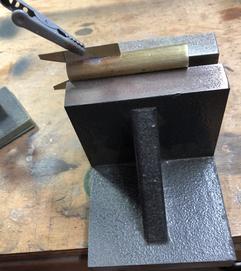 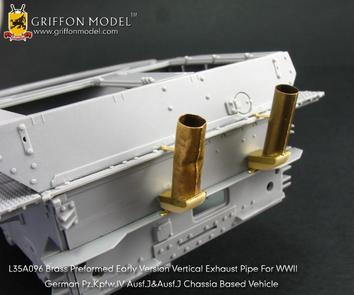 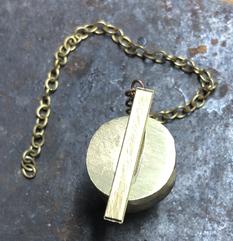 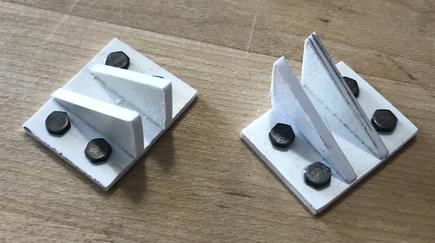 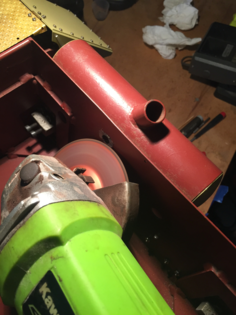 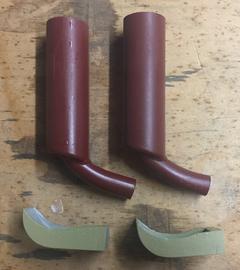 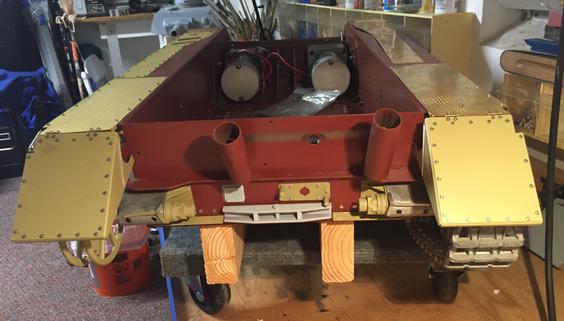