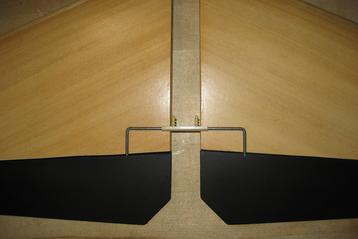 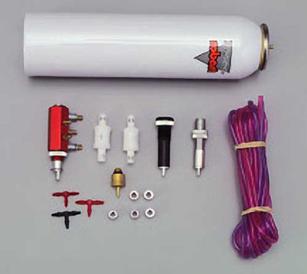 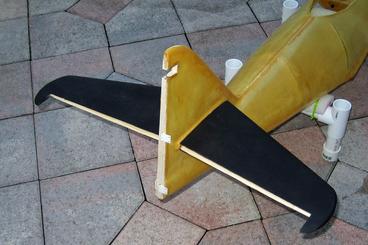 The next step is to glass both halves of the main wing, tail rudder and stabilizers using our 3/4 oz. fiberglass cloth and polyacrylic resin.  Once we have completed this step we will construct landing gear doors for the main retracts and cut out the main flaps.  The cloth is like silk and easy to handle.  The resin goes on like milk and dries fast but requires a great deal of sanding and many coats of resin before a smooth finish is achieved. The final effect is worth it. 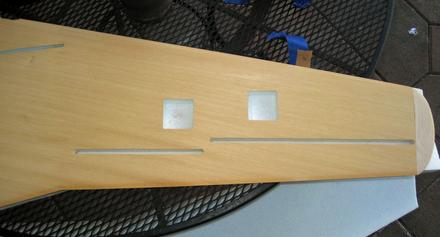 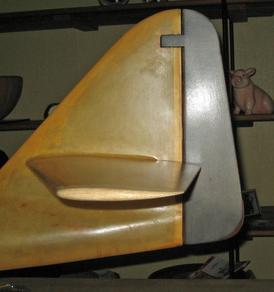 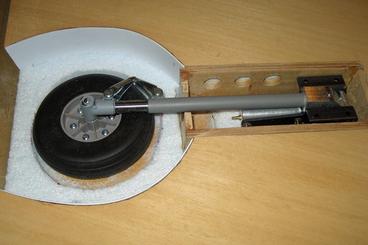 We epoxied part #12 to the tail fin and clamped the assembly until the epoxy had cured.  We mounted the three hinges for the tail rudder and will come back and fiberglass this area for a smoother finish.  The tail rudder and stabilizers were covered using fiberglass cloth (3/4 oz) and polyacrylic resin for added strength and a really smooth surface.  We had never done this before to a balsa sheeted aircraft and we have to admit that the results were terrific.  The cloth is very thin and the polyacrylic resin has the consistency of milk, is water soluble and dries really fast.  We used a sanding foam block in between coats of resin until all of the cloth was no longer visible.

Pictured below we have test fit the modified rudder and while it is not exactly scale in appearance we believe that it is a vast improvement over the original stock kit.  The upward slope or contour of the lower portion of the fuselage makes it impossible for us to make any further changes to the rudder. 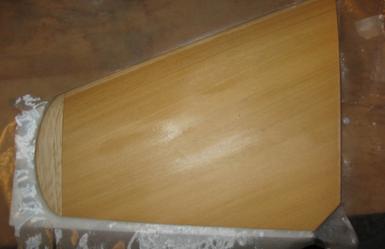 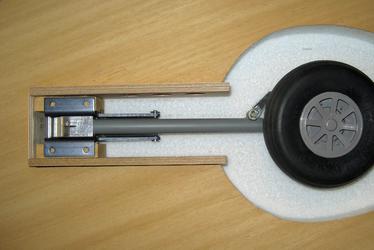 Our build continues with additional work on the fuselage including the installation of the main wing retracts as well as the tail rudder and rear stabilizers.  In this segment we will also begin glassing the wing surfaces and adding hinges to the tail rudder.  Once again, this is new ground for us as we progress through the initial stages of this build.

We have installed the nose gear frame inside the fuselage using two part epoxy and will begin filling in the seams with epoxy mixed with micro balloons.  We are planning on installing a three piece nose gear door once we get the final strut measurements finalized.  The nose of the fuselage is noticeably stronger and stiffer without a lot of additional weight.

We redirected our attention to the main retracts which are mounted underneath each of the wings.  The landing gear openings have already been pre cut at the factory but without installation instructions in English, it is not clear how much of the foam should be removed before installing the retract mounts.  We used Google translator to get a rough idea as to how the retracts should be installed and sure enough, the instructions call for the removal of foam strips 6 X 150mm to make room for the basewood retract mounts.  Pictured below we did an initial test fit of the Robart retract and it would appear that it will fit nicely into the landing gear opening.

We  carved out the foam all the way down to the Obechi planking using our Dremel and then epoxied parts 57, 58, and 59 to form a retract mount or frame not unlike our nose gear mount.    Leaving bare foam worries us a bit so we decided to  sheet the inside of the wheel well for some additional realism.  We  used 1/16 styrene for the wheel well and will apply fiberglass resin to the bottom. 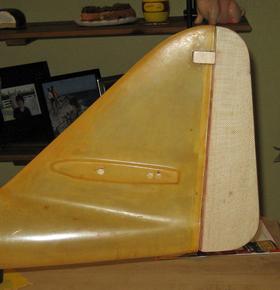 Pictured below we have finished glassing the horizontal stabilizers and elevators and have applied a flat black primer coat.  We replaced the stock hinges with Robart hinges and dry fit the  stabilizers/elevators to the tail of the fuselage.

Now that the tail and rudder assembly is well underway, its time to focus once again on the main wings.  The main retracts and plumbing must be installed as well as the wing servos, ailerons and linkage. 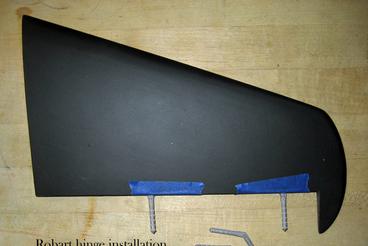 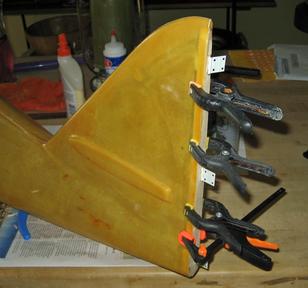 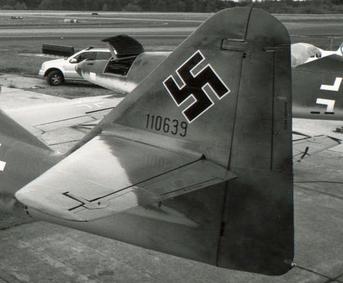 At this point in our build, we have had very few complaints about the quality of the materials, craftsmanship and attention to scale detail of the kit...until now.  After checking several sources of information on the design and construction of the Me 262 we could not help but notice that the tail rudder was not correct.  The rudder should have an extension (for lack of a better way to describe it) that extends into the tail fin near the top of the rudder (see picture on right).

In order to fix this "problem" we opted to remove the hinge and add a laminated basswood  strip to the rudder.  We sanded this new extension in order that it fit the contour of the rudder and tail fin and then finished the job by adding fiberglass cloth and resin.  We reinstalled the hinge just below its previous location. 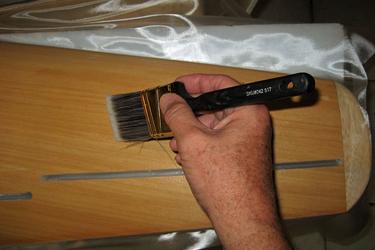 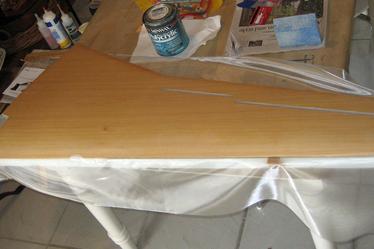 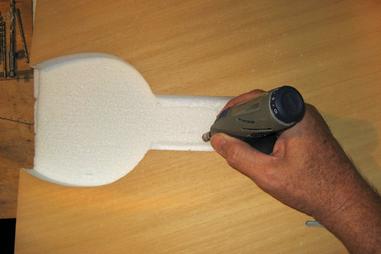 The main retract mount is complete and the wheel well is lined with styrene. 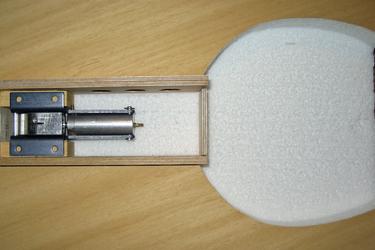 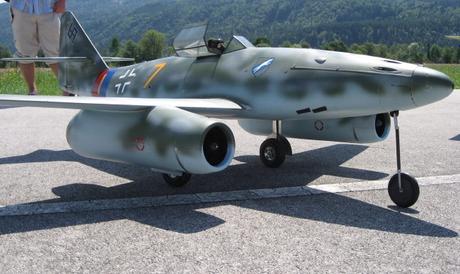