Here is the interior cockpit prior to the addition of the side body panels, doors and rear troop compartment.  The kit includes a resin steering wheel and shift levers along with a set of resin seat cushions.  Any additional details is entirely up to you.  We were not sure whether or not we would be adding any additional items to the interior but we couldn't pass up a chance to try some upgrades of our own. 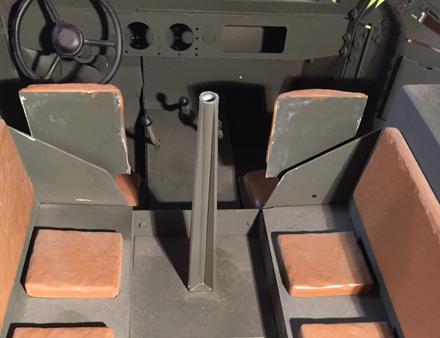 There were dozens of variants of the M3 and ours comes equipped with a 50 cal machine gun mounted to a pedestal in the main troop compartment.  We scratch built the pedestal using brass tubing and styrene.  We also scratch built two 30 cal MG mounts on both sides of the troop compartment.  Both the 50 and 30 cal MGs are cast from white metal, are highly detailed and were not originally included in the kit. 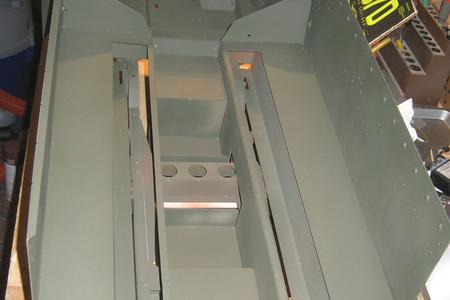 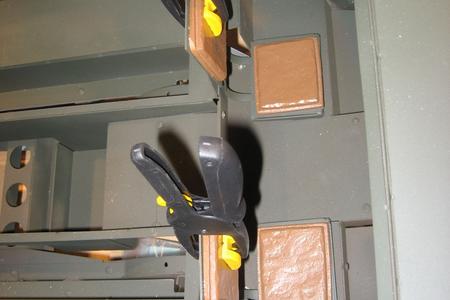 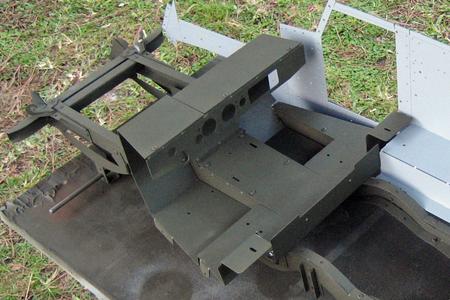 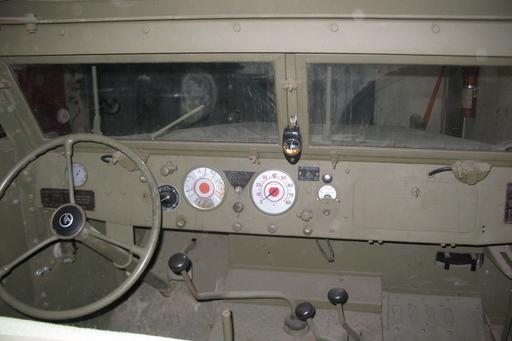 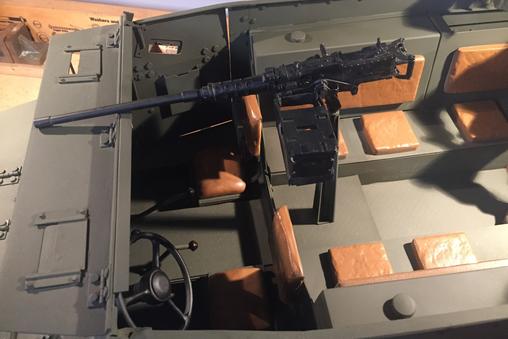 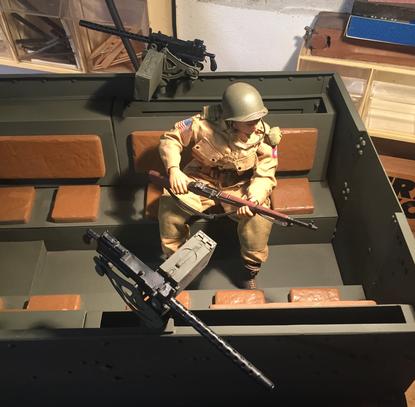 The M3 interior has very few features or details included in the kit and even the original vehicle had very few dash mounted controls, gauges etc.  We managed to copy a set of  gauges for the dash from one of our reference books.  We applied them to a piece of thin sheet styrene and then glued them to the inside of the dash panel.

We used some rivets and sewing pins to simulate dash mounted levers or knobs which really added some much needed realism. 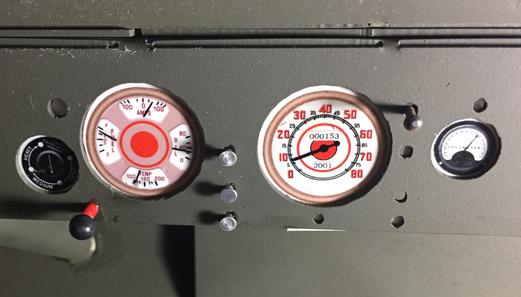 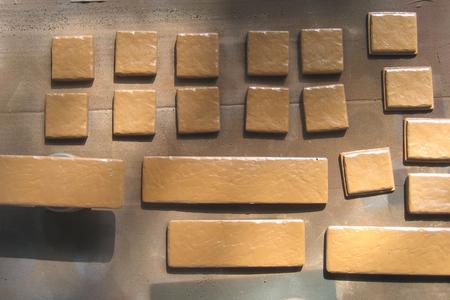 The interior of the M3 Halftrack kit is fairly sparse and does not include much in the way  of detail.  Before we assembled the interior and made any attempts to provide additional detail, we thoroughly researched  those features that might have been found on the real thing.  We even went so far as to design our own decal sets for the gauges and interior name plaques were scattered across the dash.  Here is what we came up with. 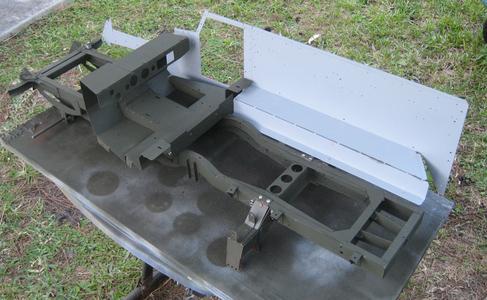 The resin seat cushions were sanded down to remove excess resin, primed and then painted a saddle brown color.  The steel "seats" were secured to the cabin floor and the seat cushions were epoxied to the seat back and base using two part epoxy.  We later removed the front seats and re shaped them using Aves Apoxy Sculpt to look more realistic.

Next, we added the lower seat panels, secured the gas tanks/seat back in place and added the floor panels as well.