The side turret doors feature a two piece design and were cast in white metal.  Drilling out the hinges was definitely a challenge and we decided to discard the soft white metal hinges in favor of those made from styrene tubing.  We used a two part modeling epoxy to secure the hinges in place.  We also found it necessary to narrow the opening in order to conform to the new doors by using strips of styrene and filling in the gaps with Evercoat.  Pictured above right you can also see the addition of the brass drip rail and white metal hand rail above the doors. 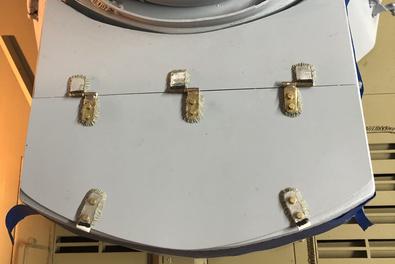 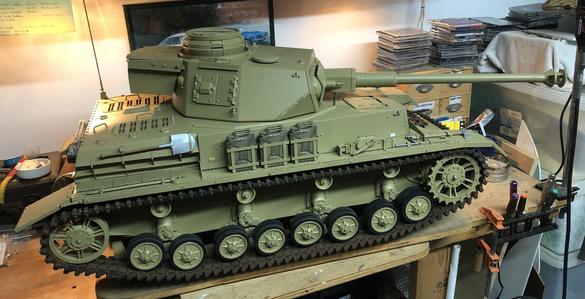 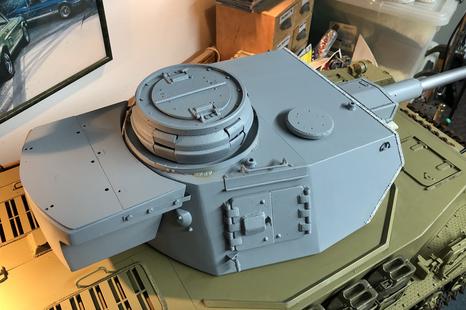 The turret panels were riveted and then welded into place.  However, the rear of the turret was rough and did not feature a smooth, even contour.  We used styrene strips secured vertically to each half of the rear turret and then epoxied sheet styrene to cover them.  We filled in any imperfections with body filler and the result was a much improved turret shape.  We added mounting brackets using brass strip and secured them into place using hex screws.
Once we have finished the structural work on the turret, we added additional surface details.  These included the commander's cupola with a split hatch, upgraded side turret hatches, hand rails, brass drip rails, pistol ports and armored air vent covers.  These items were purchased separately and were not included in the original kit.

We wanted to make the turret stowage box functional which meant that we would have to come up with a set of accurate hinges.  Unfortunately, the white metal units we had were not sturdy enough and were very difficult to make functional.  Instead, we used brass strip and small diameter tubing to make a set of our own.  Pictured to the far right, we have secured the custom hinges to the stowage box lid and applied weld detail using Aves Apoxie Sculpt.

We will be adding rivets to the outside perimeter of the stowage box as well. 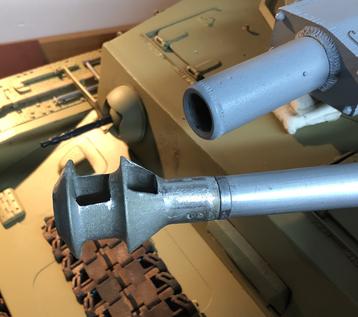 Now that we have completed most of the upper and lower hull assembly we are now focusing on finishing up the turret including the barrel and muzzle brake.  We are using a milled aluminum barrel from the wirbelwind kit as well as a three piece muzzle brake cast from white metal.  The muzzle brake required a good bit of cleanup and filling but the scale detail was worth it.  Pictured on the far right we have test fit the barrel/brake setup and so far so good.  Its heavy however and a counter balance will have to be added inside the turret.

With the addition of the scale aluminum barrel and muzzle brake, we created another problem for ourselves- the barrel is too heavy.  In addition, we realized that the base of the barrel was too short and would have to be extended in order to install some kind of bump stop that would prevent the barrel from sagging.  First, we turned a piece of red oak in the lathe so that it would fit snugly inside the barrel.  The end of this turned extension would then be "anchored" to a cross member secured to the turret floor.  We will add at least one spring to allow some vertical movement of the barrel but will also permit the barrel to be removed for shipping and storage purposes. 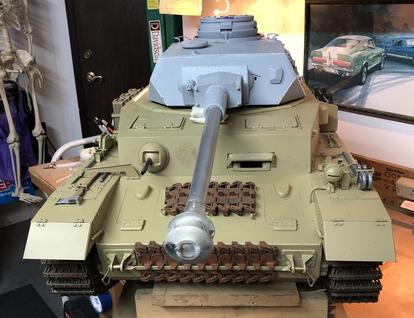 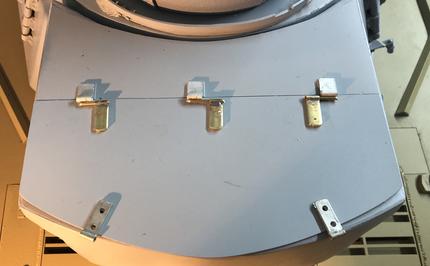 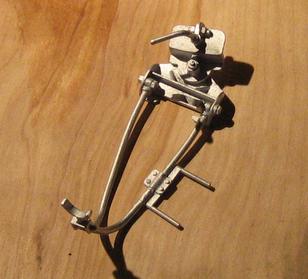 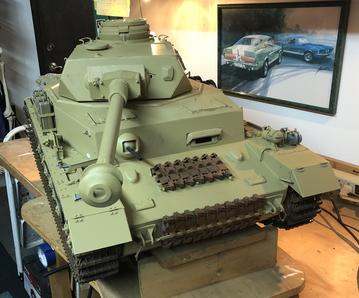 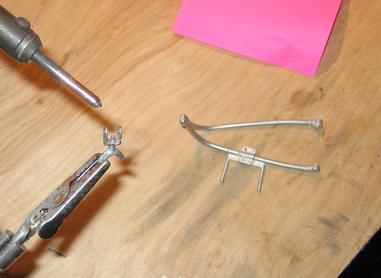 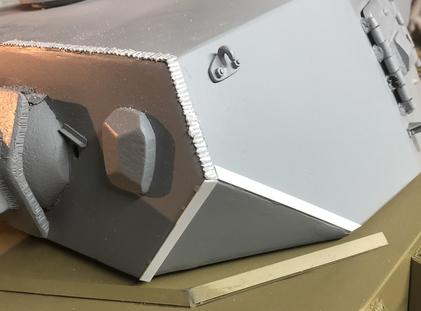 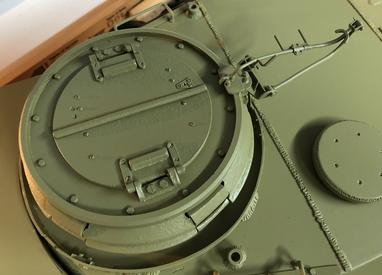 One important feature that cannot be overlooked is the A/A MG Mount.  There are several aftermarket versions available and ours is cast from white metal and requires a minor amount of assembly.  A soldering iron and super glue is really all that is needed to complete assembly.

After about an hour of experimenting with different springs, we finally go it right.  The barrel has the right amount of elevation but can be removed for shipping etc.  We applied several coats of Tamiya TS-3 and we are now ready for final detailing.  We are thrilled at how the tank has turned out. 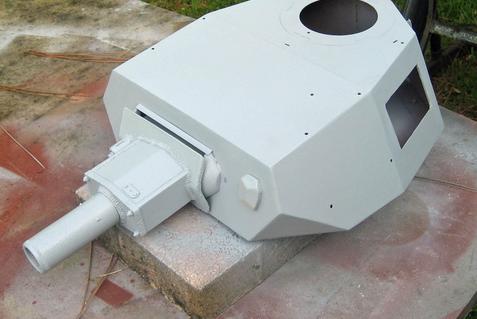 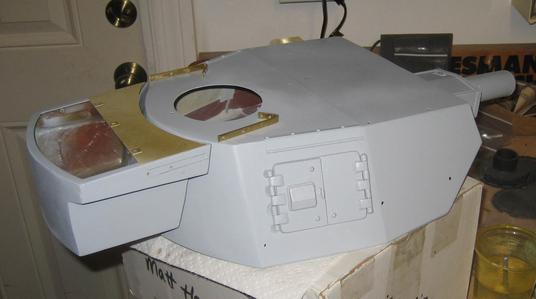 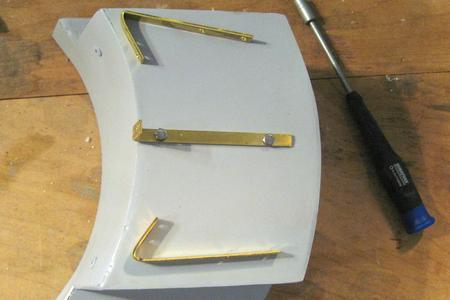 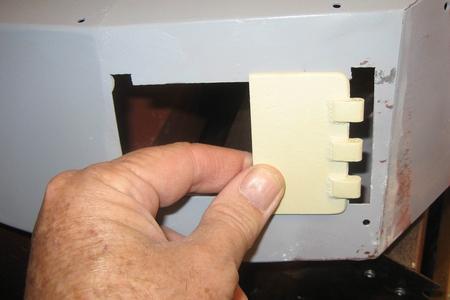 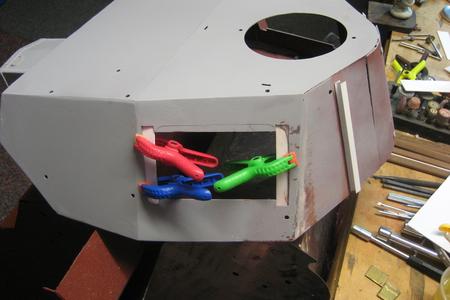 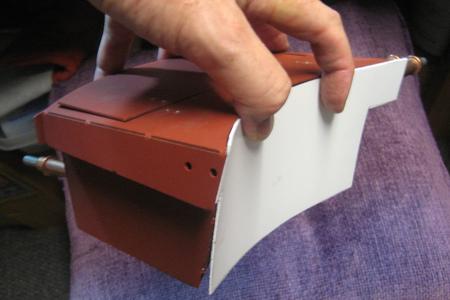 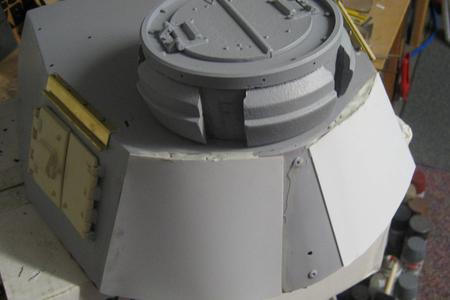 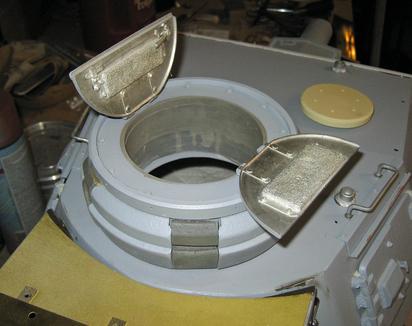 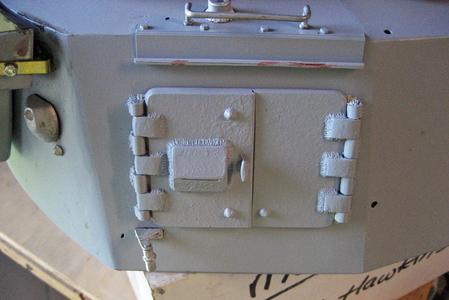 Once installation of the stowage box was complete we redirected our attention to the front mantlet.  We scrapped the folded steel unit for one taken from a  wirbelwind project where the entire turret was not used.  The resin aftermarket unit was definitely more detailed and was fully functional being able to elevate up and down.

We added a bullet catch made from styrene as well as the armored port followed up by weld detail. 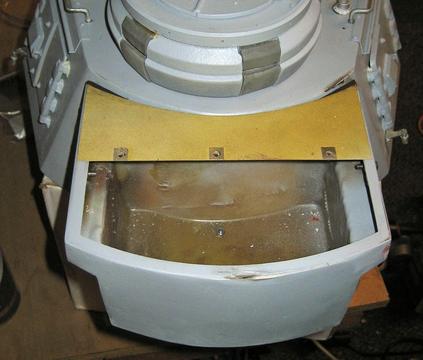 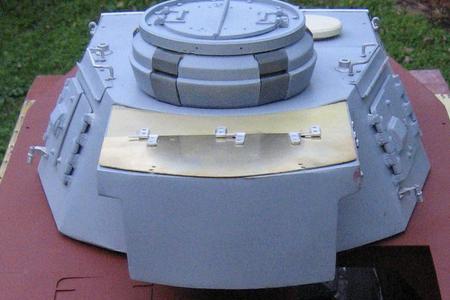 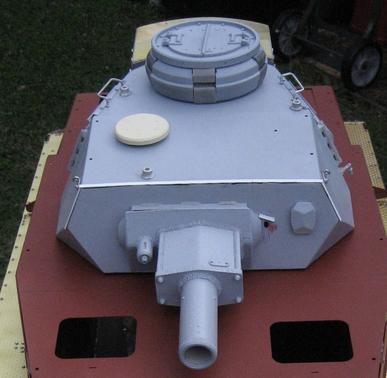 One of the most visible features of the Panzer IV is the turret and perhaps the one that was in the most need of improvement.  We welded the sheet metal according to the instructions and welded the turret base to the upper turret body as well.  The bustle or turret stowage box consisted of several pieces of steel that did not accurately resemble the original as pictured below left.  We used the original side and bottom pieces supplied with the kit but took a 1/8 inch flat piece of styrene and epoxied it to both the front and back of the stowage box.  We sanded and filled the seams thus creating a smoother contour which accurately conformed to the curvature in the main turret body.

We used fiberglass cloth and resin to fill in the interior seams of the stowage box.  We borrowed a spare photo etched brass stowage lid from another kit and epoxied it into place.  We constructed a set of mounting brackets out of brass strip and bent them according to our reference sources.  We wanted to be sure that the stowage box was level with the turret top but at the current angle.  The last step is to fabricate a set of hinges for the stowage top.  This was a lot of work but easily worth it.

One of the more tedious tasks to accomplish on any large scale AFV is adding weld detail.  Unfortunately, such details as welds, casting textures and milling lines add tremendous realism to the project.  The Panzer's turret has a number of textures along the front and side panels that were able to accomplish very quickly using plastruct strips and a very fine grinding bit on the Dremel.

Pictured to the far right we have installed the turret ring and other top turret details.  The bustle box lid has been fitted and we will now attempt to install the aftermarket white metal hinges.