One of the challenges in this build is to convert the Ausf J to our choice of Flakpanzer which had running gear from a late model Panzer IV.  We are relocating a fourth return wheel on each side of the lower hull and adding casting numbers and bolts for additional realism.  We removed the road wheel assemblies in order to add casting numbers and to paint each unit individually. 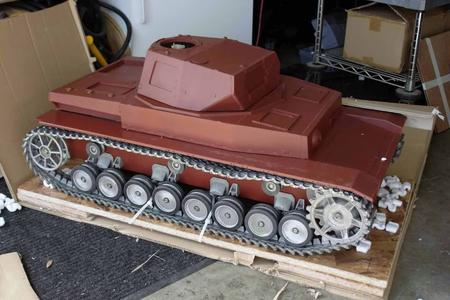 The Spearhead kit comes with a lot of really amazing photo etched brass including the treadplates that cover both the right and left fenders on our Panzer.  After separating them from the brass sheet, we laid them out on each fender to get a better idea as to placement and fit.

The front and rear mud guards are also made from photo etched brass and will be bolted to the chassis using 8a screws and nuts.  We opted to not use the white metal hinges that come with the kit since they are fairly soft and easy to tear or pull apart.  Micro Mark carries a set that are scale and fit perfectly.  We sanded the brass mud guards before applying primer and base coat.

The Sdkfz 161/4 Wirbelwind Flakpanzer was a self propelled anti aircraft vehicle designed to combat low flying fighter aircraft.  The tank featured quad 2cm cannons  (The Flakvierling) housed in a nine sided turret atop a Panzer IV.  The original design called for an enclosed turret but the quad cannons created too much smoke making visibility impossible.  As Allied fighter technology improved, the success of the Wirbelwind ("Whirlwind" in English) declined somewhat although it still proved to be a devastating weapon against infantry and soft ground targets.

Inspiration for this project came about with the acquisition of a Spearhead Panzer IV Ausf J purchased at a garage sale several years ago.  These well designed, highly detailed tanks consist of a rolled steel, powder coated chassis, factory mounted motors and a ton of cast white metal, brass and resin pieces.  The kits arrive at your door step with everything needed to build a fully radio controlled tank.  There is only one problem however... our tank does not have a turret or an upper hull assembly.  Whoops.

Our goal is to assemble the Spearhead platform  using what parts we have which are considerable.  Fortunately for us, Field of Armor Tanks has a Wirbelwind turret with a Flakvierling so the only thing left is to either get our hands on a Spearhead upper deck (highly unlikely), purchase an FOA upper deck (not sure that we can) or to scratch build our own (Yikes!... are you crazy?!)  We will begin assembly of the chassis while contacting the chaps at FOA for help.

As previously mentioned, the chassis is made from rolled steel whereby the motors, road wheels, tracks, sprockets and idlers are mounted at "the factory" prior to shipment.  The road wheel assembly is cast from metal including the tracks and is very solid, very heavy.  The motors are pre mounted with the gear mesh intact.

Once we cleaned up the interior and wiped it down with mineral spirits we will begin the installation of the stuffing boxes.  These plastic units enclose the gears offering protection for wandering fingers and also reduces gear noise during operation.  We used a Dremel with a cutting wheel and then a belt sander to shape them into the correct size. 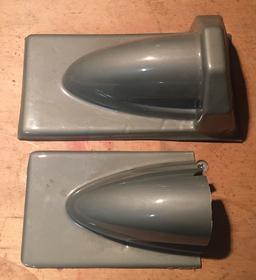 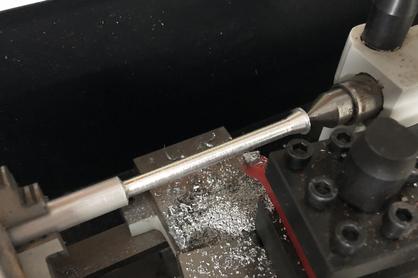 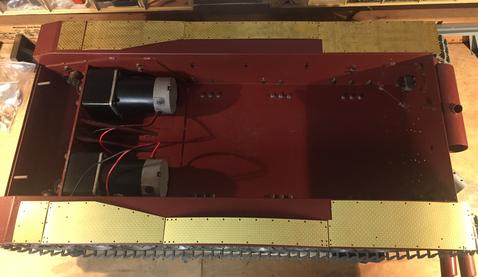 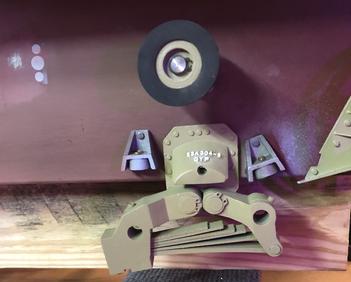 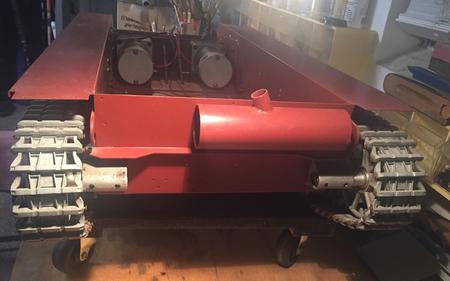 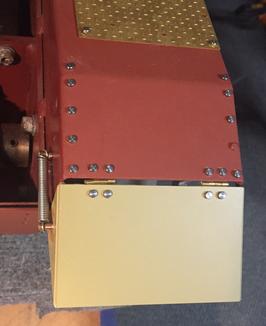 *In addition, the vast majority of our research which provided us with the technical data on how to construct our Flakpanzer was derived from three primary sources, "Nuts and Bolts Issues 25 and 27" as well as "Panzertracts No. 12" by Thomas Jentz and Hillary Louis Doyle.  There are only a handful of these vehicles still in existence with very few pictures of their interior/exterior before, during and after deployment.  We have relied upon one of the few remaining Sd Kfz. 161/4 currently residing in Ontario Canada for much of the details relating to the turret and mounting of the Flak.  We have also determined that four of the Flakpanzers were issued to the 503 Heavy Panzer Division in 1944 which has provided us with relevant divisional marking information. 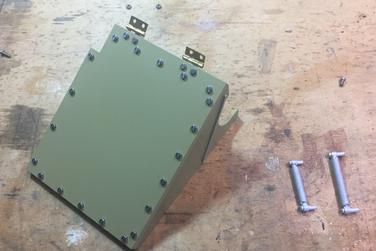 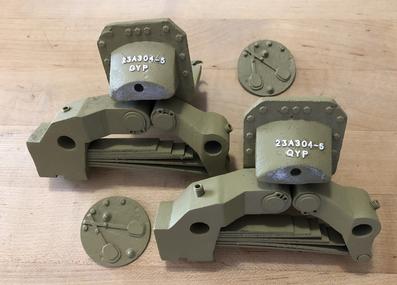 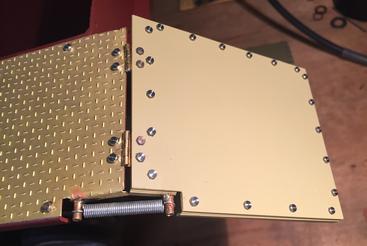 Pictured above you can see that we have added the fourth return wheel post and relocated all of the return wheels, filled in the old mounting holes and added detail to the bump stops and road wheel posts.  We turned two new axles on the lathe for the additional return wheels and bored out each hole in the road wheel mounts for a smoother fit. We will add several coats of dark yellow, replace the M3 screws and washers and then secure all of the road wheel assemblies to the lower hull. 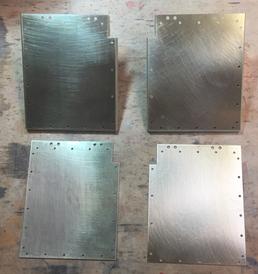 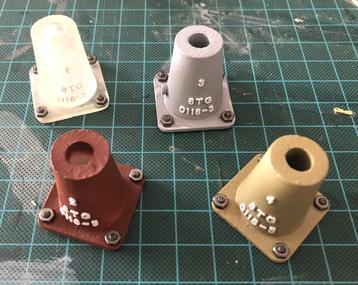 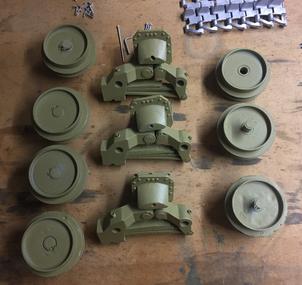 * It is worth noting that the Flakpanzer that we are replicating was found not only with four return wheels but they were the steel version which did not have rubber rims.  Tim Bowman provided us with a pair of terrific aluminum road wheels which are accurate for this vehicle.  At some point down the road, we will replace the rubber rimmed return wheels with milled aluminum ones. 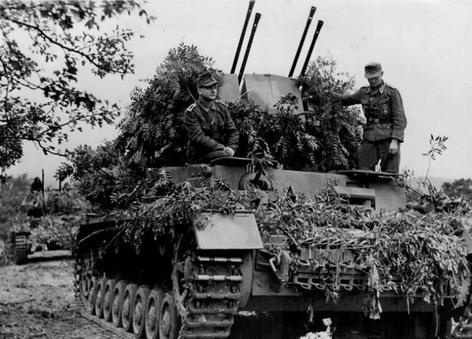 Securing the photo etched tread plates to the tight fender was a tedious job but the final results were worth it.  Next, we focused our attention on the front and rear mudguards.  We used our 8a screws and hinges from Micro Mark to attach the rear mud guard to the fender.  We then soldered brass tubing to the mud guard and fender in order to mount a return spring.  The kit uses a non functional "spring" cast in white metal which really did not look right to us.  As you can see in the picture to the right, the mud guard looks awesome and the return spring actually works. 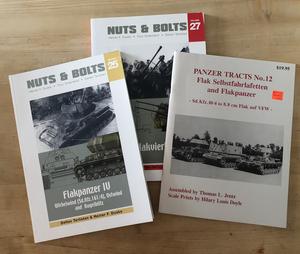