​​     Pictured  left is the commander's cupola with the vision blocks painted and installed.  We airbrushed flat black inside each port and secured each block with JB Weld.  The A/A mount is an aftermarket unit and was added next. We had to fabricate several missing parts out of brass in order to complete the A/A mount. 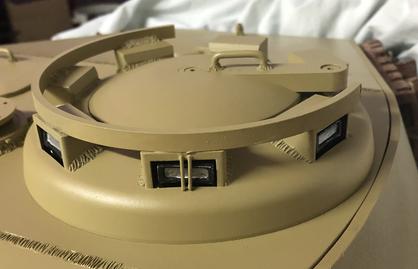 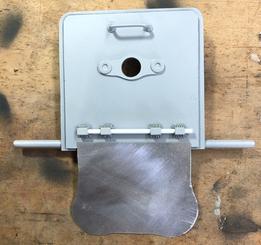 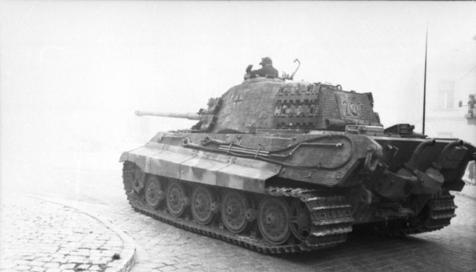 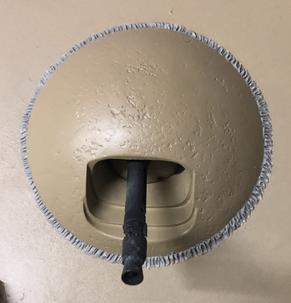 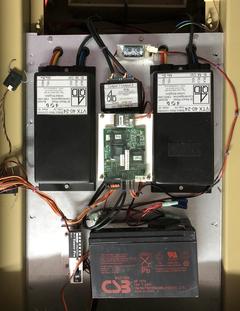 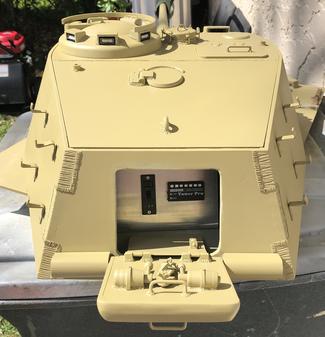 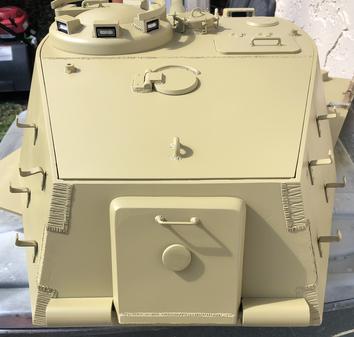 ​​     There is a great deal going on in these pictures above.  We had to use a die grinder to enlarge the opening of the turret door.  The edges were filled and sanded along with the door mounts.  We ended up using the original block mounts but rounded out the edges for a better look.  Next we added weld detail and used a cutting disk to bring out some of the cross cuts on the turret side plates (pictured left).  We will perform a respray on the turret and mount the turret door. Pictured to the right is the finished door with the cover/shield in the down position.  We will still mount the battery condition meter and on/off switch just inside as before.  What a difference. 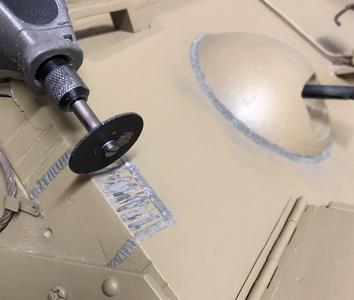 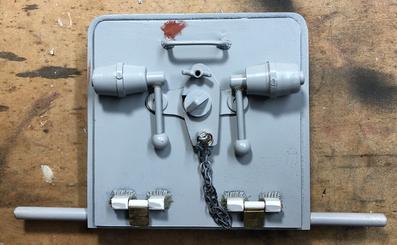 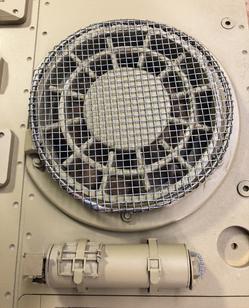 ​     We removed the turret and forward deck lid suddenly realizing that the rear deck lid is an independent unit secured by four countersunk screws.  Once removed, we washed it down and removed several layers of dust and began the tedious job of adding weld detail.  We relocated the brass radio antenna case once we discovered that the rear radiator hatches could not open.  The engine compartment shroud needs protective screens so we added this feature to our growing to-do list.  Removing the upper hull gave us full access to the speed controllers, batteries, sound module etc.  We charged the turret battery and the electronics checked out okay.  However, the batteries in the lower hull were dead and may need to be replaced. 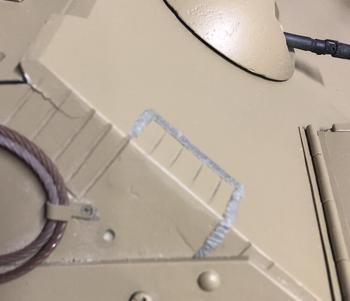 ​     Our work on the rear turret door continues with lots of sanding, primer and surface details.  The last component or feature that remains on our turret hatch is the shield that is found at the interior base of the door.  We are not really sure what its function is but we believe our dimensions are close to the original.  We used a number of historical references and drew a template to cut the piece from scrap aluminum.  We made hinges for this assembly which were a bit more narrow than we would have liked but the turret door opening is smaller than scale whereby cutting through the steel turret walls to enlarge the opening is simply not an option. 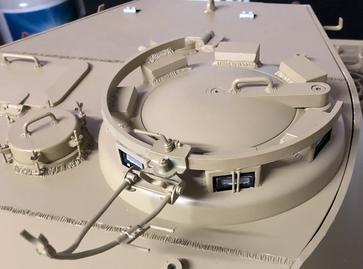 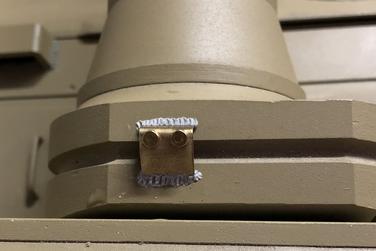 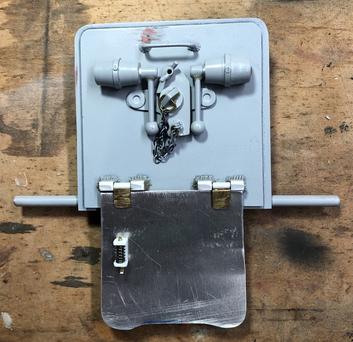 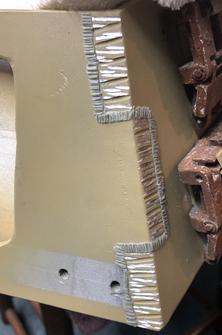 ​​     Pictured on the right is the finished turret door.  We have attached the bullet shield along with a scratch built locking mechanism.  Additional weld detail will be added to the shield hinges and then the entire assembly will be painted.  We are pleased with the results but glad its finished!

​     We are now redirecting our attention onto the lower hull starting with the forward glacis, kubelblende and mud guards.  The front mud guards are not functional which we are hoping can be corrected with a cutting wheel and elbow grease.  There are numerous seams that have to be filled with weld detail so we started with kubelblende.  Quickly makes a huge difference.  The joints or seams where sections of the hull are joined were simulated by cutting grooves in the steel hull by the manufacturer.  Not only does this look funny but really detracts from the overall appearance of the outer hull.  The seam will be filled with two part sculpting putty. 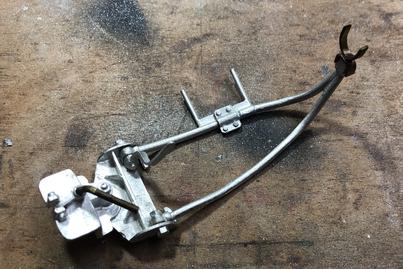 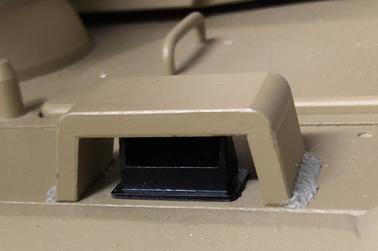