Once again, the original hatches were discarded in favor of a pair that were cast from white metal providing much greater detail and realism.  Mounting them was a bit more problematic for Bob since the hatch openings had to be enlarged (see far right) and mounting the hinge base had to be repeated three times until we got it right.  After touching up a few painting mistakes with the air brush, we let Bobby Woll check things out before moving forward.

We fabricated an antenna storage tube out of aluminum and brass tubing and bent some brass strip for mounting brackets. 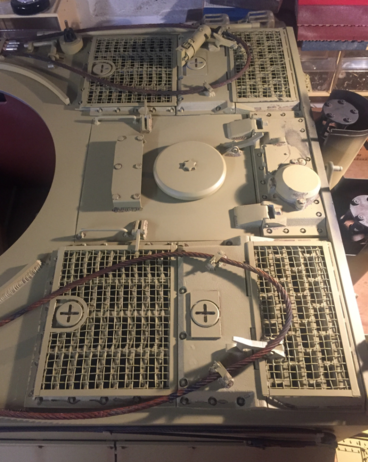 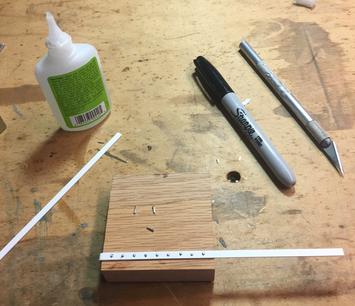 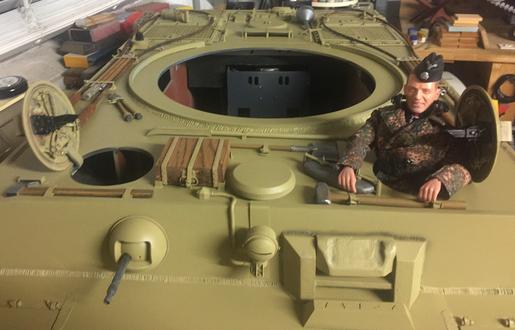 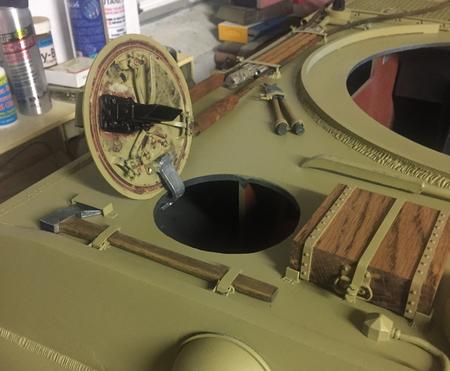 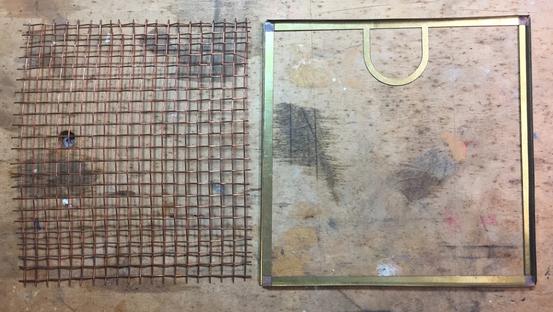 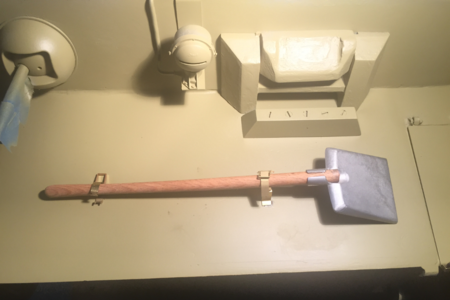 In this picture we can see two sets of tow cables.  We have just added the tow cables for the tracks to the side of the lower hull.  The pair of two cables on the upper hull are made from white metal and galvanized braided steel which has been given a rust treatment prior to mounting.

Although our production model Tiger did not come with a shovel mounted on the front glacis, we decided to add one anyone since it is entirely possible that modifications like this were made in the field.  Custom clamp mounts were needed for this particular accessory.  We added a prybar and starter jack behind the short shovel and along the starboard side of our Tiger. 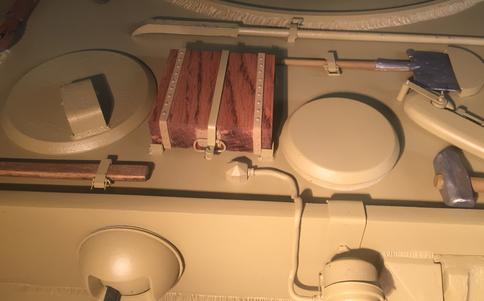 Tom and I continued work on the front glacis as well as the upper hull by adding more surface features such as the Bosch driving light and a number of others.   This aftermarket unit is cast from white metal and mounts easily on the stock mounting clip.  We measured, drilled and secured the driving light mount using M3 screws and JB Weld.  Wire conduit was later added which connects to a junction box on the upper hull.

Next, we added the tow cable mounts and cable shears after carefully measuring and using one of our Tiger reference books as a guide.  Remember, our Tiger is from February 1944 which makes a big difference on what tools were present and where they were mounted on the upper deck.  We also applied a lot of weld detail to the turret ring, tow cable mounts etc.  Wire shears, fire extinguisher, barrel cleaning rods- the list keeps growing.

The jack block was also scratch made using red oak, Plastruct strips and 1.5mm rivets.  This was a long process but worth the effort.  Bob used a hobby iron to bend the plastic strip.  Mounting tabs were made from Evergreen L shaped strips and brass wire was used for the handle.  A locking strap was added last.

A short handled shovel with a scratch built mount was also added along with the pry bar, sledge hammer and towing shackle as seen in the picture to the near right. 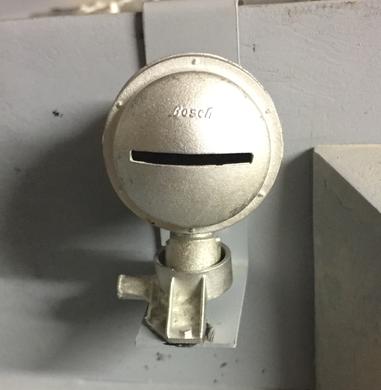 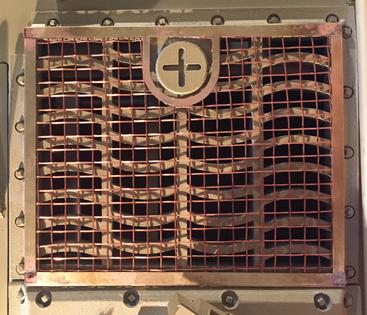 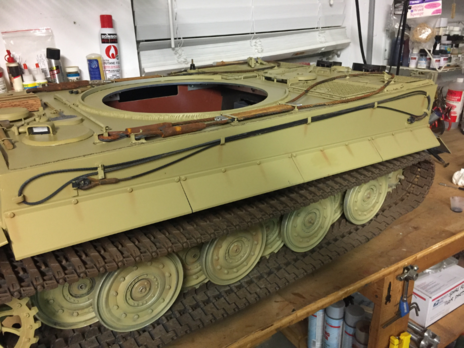 In these pictures, the copper mesh has been soldered in place and the opening for the filler cap has been carefully trimmed.  We will continue this process for the two smaller grills located over the radiators.

Finally, we added a coat of primer and base coat before installing the screens over the engine grills.  The addition of the engine screens really changed the overall look of the engine upper deck.

Hatch opening must be enlarged before installing hatch cover. 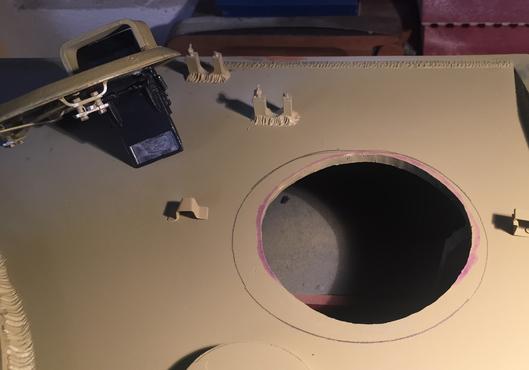 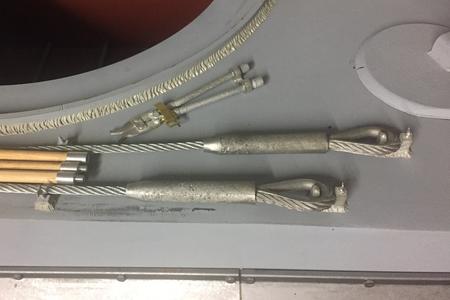 Okay, Tom was literally going through a box labeled "Tiger parts" and found a set of photo etched brass engine grill screens for the Tiger I tank.  It was an old kit that was lying at the bottom of the box.  This is not the first time that we have discovered hidden treasures at the bottom of a parts bin.

Tom laid out the brass frames and prepped for soldering.  Each frame was carefully soldered and made ready for the addition of the copper screening.