Access to the lower hull is fairly easy with the removal of the upper hull deck.  The mud guards can also be removed as a single integrated unit as well.  The front sprockets are powered by two 12 volt wheel chair motors that connect to a central gear box.  This is the second generation gear box design and is quite tough according to the manufacturer.

As previously mentioned, the running gear on our King Tiger appears quite good and reasonably accurate in its basic design. The sprocket wheel, hubs and swing arms are milled steel and are secured to the hull by an adjustable spring loaded suspension system.  The track links and threaded track pins are impressive.  Our goal is to replace the electrical system, create an instrument panel for controllers and switches and construct battery mounts for the two gel type 12V batteries.  We will apply a few coats of dark yellow paint in the process. 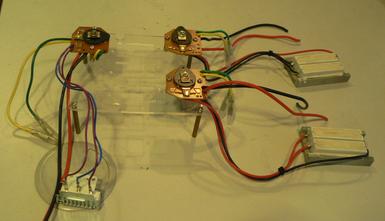 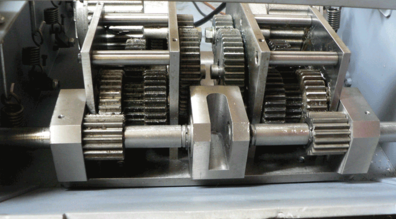 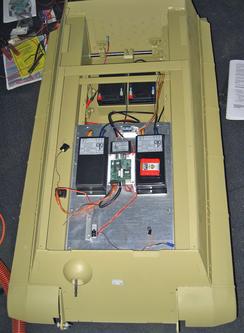 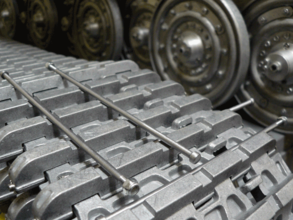 One of the first steps to our refit was to strip down the lower chassis by removing the upper hull plate and the integrated mudguards.  Everything was removed except the motors and gearbox.  The interior received a dark yellow base coat (TS3) and we began fabricating a battery tray and instrument panel.  We used aluminum sheet to mount the 4QD speed controllers, Benedini sound module and Electronize relay to better keep the internals well organized and accessible through one of the turret or radio/driver hatches. 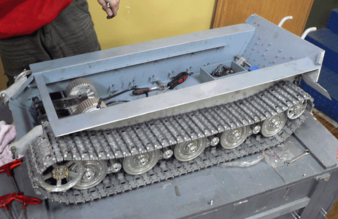 Pictured on the left is the lower hull with upgraded electronics installed.  A simple battery tray was fabricated to prevent the two 12V batteries from sliding around and the wiring has been bundled and redirected through the aluminum panel.  The on/off switch for the sound module is accessible through the radio operator's hatch.  It should be noted that we made the decision to isolate the battery and BEC unit for the turret.  This allows the removal of the turret without having to deal with a wire loom.  A power amp, voltage meter, 9 volt battery pack and 4QD relay were also installed. 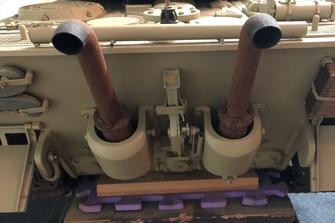 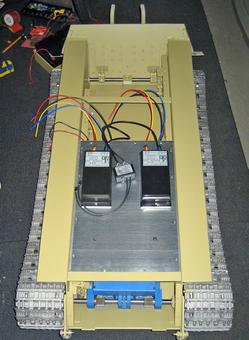 The exhaust pipes were replaced with upgraded units made from stainless steel and the exhaust armor guards were also replaced and enhanced as seen in the middle picture above.  The upgraded exhaust was painted with a rust treatment and represents a vast improvement over the original.  A 20 ton aftermarket jack was added and relocated along with a jack block made from red oak and photo etched brass.  New tow shackles were also added.  The upper towing stantions were widened using plastruct sheet and towing U hooks cast from white metal replaced the originals. 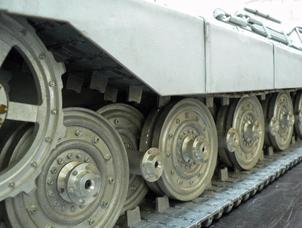 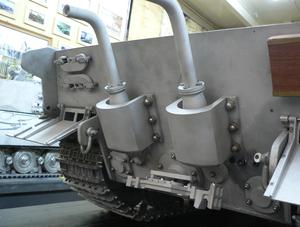 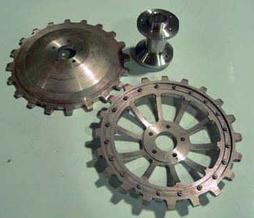 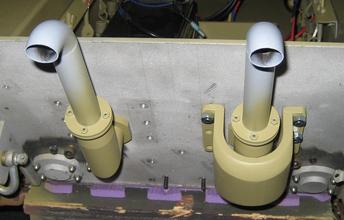 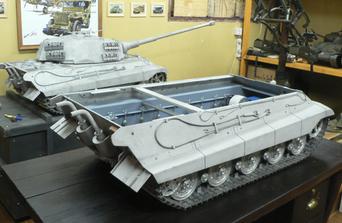 the drive train and rear hull...

The track links were treated with several coats of flat brown after the sprockets, idler and road wheels were painted dark yellow.  The individual track links are secured by threaded rod pins held in place by individual cap head screws. 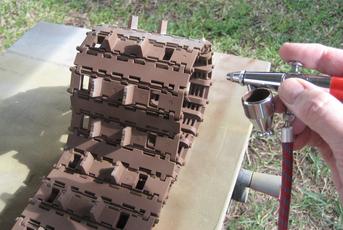 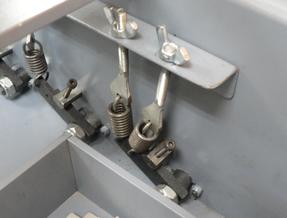 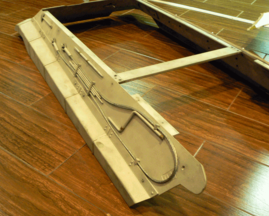 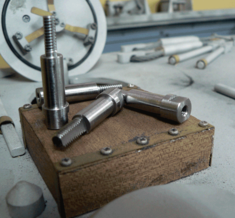 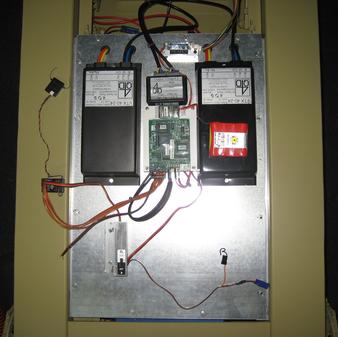 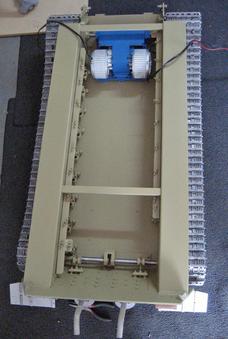 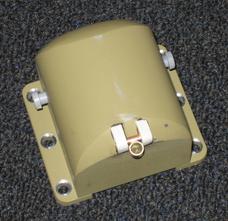