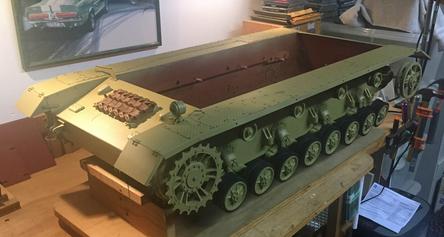 Work on our lower hull has commenced once again with the painting and assembly of the lower hull and road wheels.  We applied several coats of Tamiya Dark Yellow and will up later with grime, smoke and rust weathering. 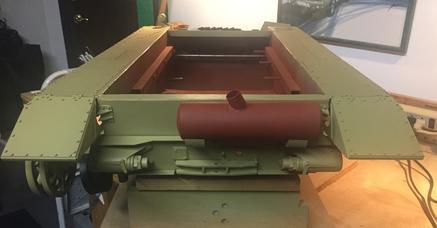 We fabricated a tow hitch out of strip styrene and secured the piece to the rear hull using 2/56 hex screws.

We have added the exhaust mounts to the rear hull and have started work on the ignition access plate, rear towing bracket and coolant port to name a few rear hull details.  The rear towing bracket will need to be redesigned for greater accuracy.  We have not permanently secured the exhaust to the mounting brackets until we have finished adding other rear hull details including the mustard yellow base coat. We will now focus on developing the two rear idler wheel mounts which will be made from scratch.

Pictured to the right we have installed the track links on our Panzer IV.  The rear idler wheel axle had to be shortened by over an inch and secured using a horseshoe clip but fitment looks really good. 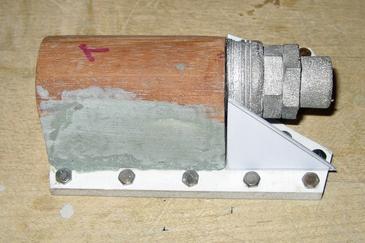 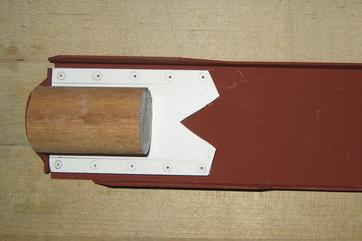 The rear idler wheel mounts that come with the kit are not accurate to the Ausf J version and have to be fabricated from scratch.  Panzer IV's had three different types of idler mount based on their production run.  We used a combination of wood dowels mounted to a fiberboard plate with body filler added to provide the necessary contours to the assembly.  We added a pair of white metal idler caps from an old Spearhead kit for extra detail along with side tabs cut from styrene.  M3 hex screws will be used to secure the idler mounts to the rear hull.  Another layer or two of body filler will be applied in order to smooth out the overall contour.  Finally, we added adjustment levers mounted on round posts to complete the job.  We will now secure the idler wheel mounts to the rear hull using JB Weld and M3 hex screws. We fabricated a tow hitch out of strip styrene and secured the piece to the rear hull using 2/56 hex screws. 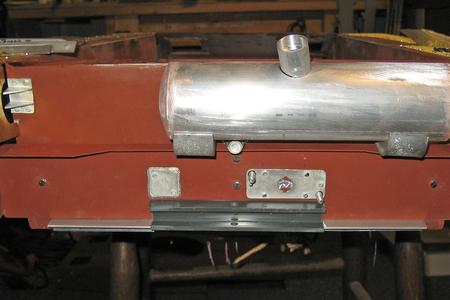 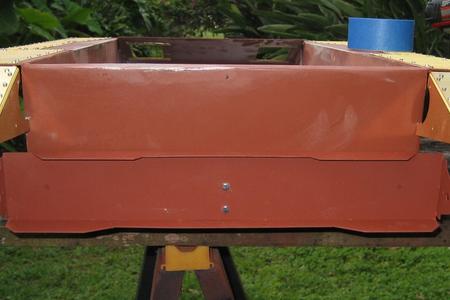 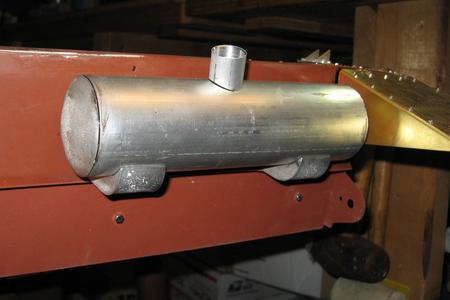 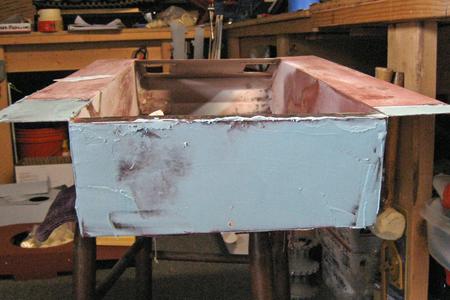 The rear hull was sealed from the inside using fiberglass cloth and resin while the exterior surface received a coat of auto body filler.  We use a high grade filler Evercoat from Eastwood which sets up quickly and sands easily.  The rear steel hull support was modified to conform to the Ausf J design.  We added a custom aluminum exhaust manifold along with support shoes cast from white metal. Our first attempts at mounting the exhaust resulted in it being too low so we measured again and redrilled for better results.  Additional details were added such as the ignition access plate, rear towing bracket, coolant port and access covers. 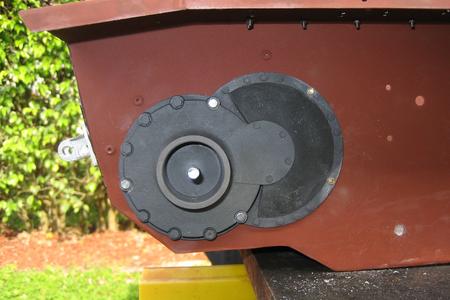 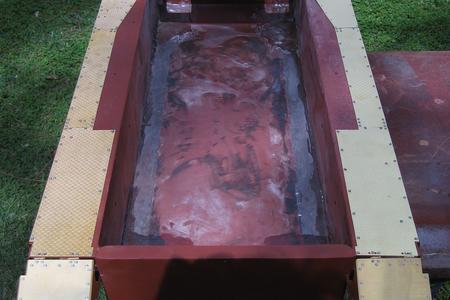 We added the remaining tread plates to the side mudguards as seen in the picture on the right.  What a difference.  The interior is still pretty rough but we will be adding fiberglass cloth and resin to strengthen the rear and forward sections.  We were concerned about moisture possibly leaking in through the seams which is why we opted for this approach.  We also wanted to remove any flex or twisting of the lower hull.  Although the design of these kits is quite good they can be somewhat flimsy without additional support.

We added aftermarket gearboxes to the lower hull and secured these units with stainless steel M3 hex screws.  We enlarged the axle holes in the gearboxes in order to mount the 1/4 inch steel axles.  We will be adding the running gear and road wheels later on in the project.  We will now focus our attention on the rear hull assembly. 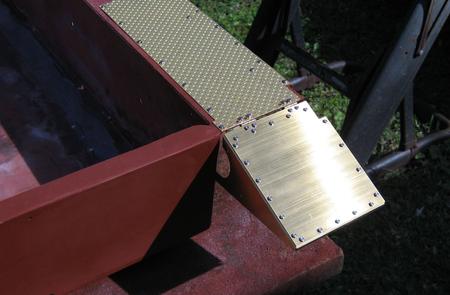 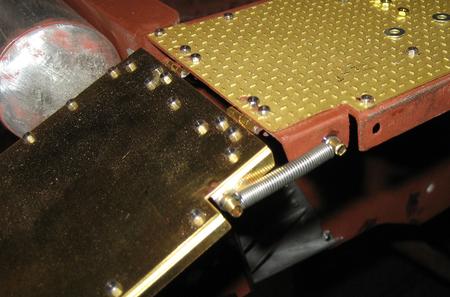 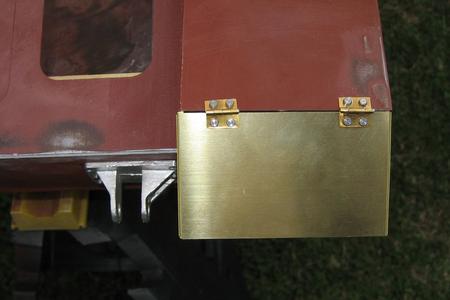 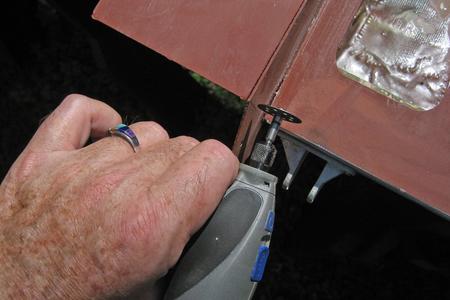 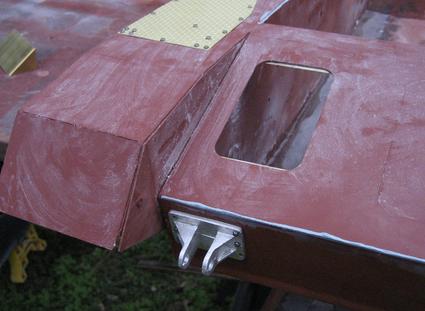 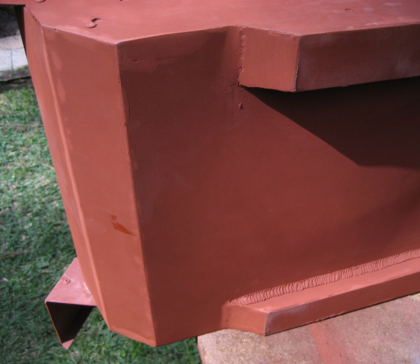 The lower hull for the Panzer IV kit arrives in flat sheets of 20 gauge steel.  We carefully cleaned and primed the bare metal before MIG welding the lower hull assembly together.  We filled the inside recesses with a resin compound for added strength and filled the seams for a more finished look.  Additional weld detail was added on the underside using modeling putty before several coats of red oxide primer were applied.

Our goal for this part of the build is to remove the front and rear mudguards in favor of a set of photo etched units from a previous kit.  In addition, we will be modifying the rear hull to conform with the design from the Ausf J version of the Panzer IV.  Finally, the lower hull will receive a set of photo etched brass tread plates from a previous kit which will greatly enhance the overall appearance of the tank.

In this shot you can see how the front glacis comes together along with the front mudguards before these were removed.  Rivets are generally used to secure the various body panels together on most FOA kits.  However, every attempt was made to remove them in favor of welding or conventional hardware for a more finished appearance without sacrificing strength.

We have also popped out the forward hatches in order to make them operable and to apply additional details such as cooling ducts etc.  We epoxied plastic strips along the underside of the hatch to allow it rest evenly with the glacis.  Finally, we have added front towing brackets or stanchions to the lower front hull using stainless steel hex screws followed by modeling putty along any open seams.

A Dremel cutting tool was used to remove the front and rear stock mudguards.  We used 8ba hex screws to secure the rear tread plates to the side mudguards.  Brass hinges were used to attach the mudguards along with a #26 spring for added detail.  These mudguards are now fully functional and offer greater realism.