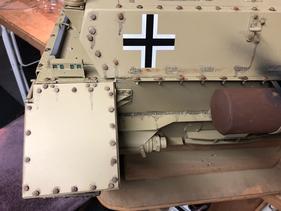 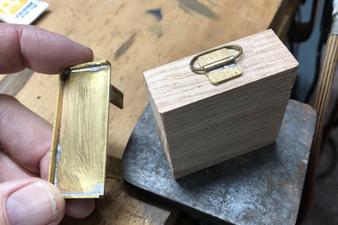 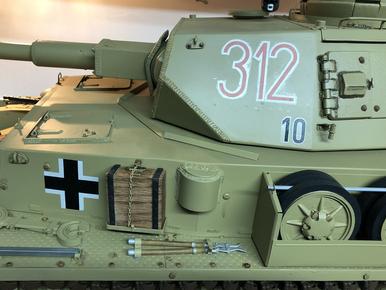 At this stage of our Panzer IV project, we have finished applying the base coat of TS3 and will begin applying some of the final details.  We will use an airbrush for touch up areas and begin applying smoke, engine grime and rust details to the exterior using a dry brush technique.  Divisional markings will be added once the base coat has fully cured.

When we first embarked on this project we made the decision to convert the FOA Ausf G/H kit to the newest version of the Panzer IV- the Ausf J.  We did not make the determination (until now) as to where this particular tank was deployed which has a major bearing on its camo scheme (if any) and its divisional markings.  We made the decision to pick one of the many divisions that comprised the Afrika Corps (DAK) and finally narrowed down our choice to be the 10th  Panzer Unit of the 1st Herman Goering Panzer Division.

Historical disclaimer- technically, there were no Ausf J's actively deployed in Northern Africa although several supply ships containing the newer versions of the Panzer IV Ausf J were sunk in route and are sitting at the bottom of the Mediterranean.  In addition, the Ausf J's did not have the four road wheel configuration which were retained on our project in the interest of completing the project in a timely manner. We also made the decision to leave off the schurtzen side armor panels and mounting brackets despite having a photo etched set from another project. Once again, the amount of time and effort needed to add this feature would not have allowed us to meet our project deadline.  However, our project does accurately represent many, if not most of the features found on the Ausf J. 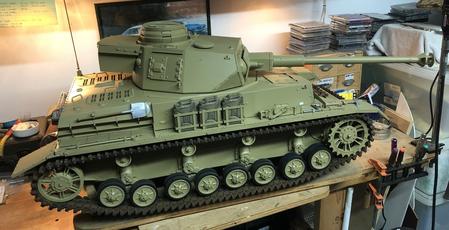 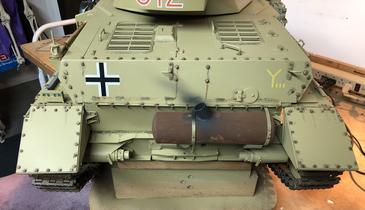 Its hard to believe how many times we have examined the upper hull of the Panzer and overlooked several key features that we completely forgot.  The first is the jack block and mount which is located on the port side of the tank.  Since we did not have an extra one on hand we decided to make our own out of scrap photo etched brass and some discarded pieces of red oak.  The Ausf J version had a chain tie down as compared to a leather strap on older versions.  Pictured below we are soldering the brass mounting plate, applying stain and then securing plastic strips and rivets. 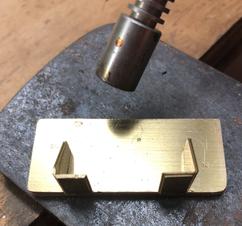 Applying decals is not one of our most favorite things to do and this project was no exception.  Right from the start, we experienced one botched attempt after another to the point where we witnessed two sets of divisional markings and DAK insignia literally disintegrate right before our very eyes.   We were using decals from the parts bin that were over ten years old and became so brittle to the point of being unusable.  Ugh.  Somehow we managed.  Lesson learned. 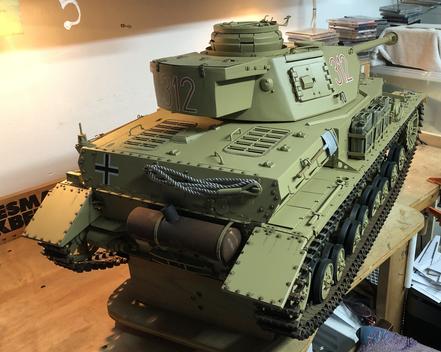 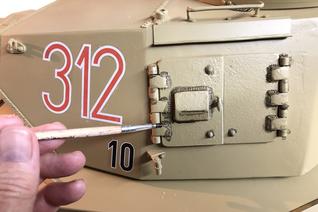 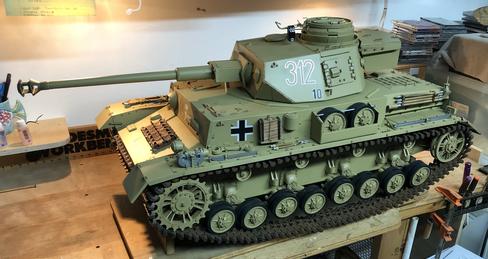 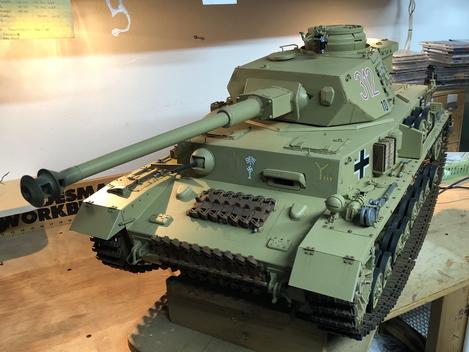 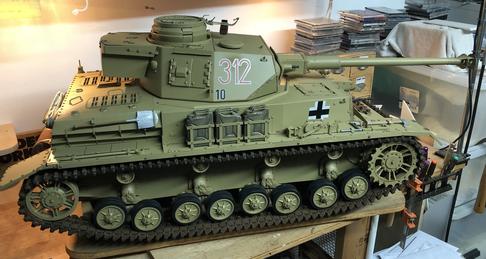 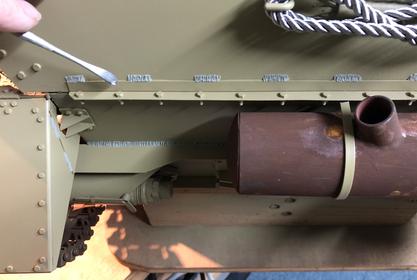 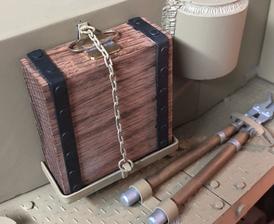 This is probably the time to mention that its better to have too little than too much weathering  effects.   We are starting with a series of washes applied around bolts, weld seams and anywhere that rush, dirt or nastiness is going to accumulate.  Rust will be applied once the washes have dried.  We also airbrushed some smoke effects but once again did not want to overdue it.

Once again, we overlooked a portion of the rear hull that was missing quite a bit of weld detail.  We combined a two part sculpting material from Aves and started adding welds along the upper and lower rear hull drip rail.  We will give the welds 24 hours to set and then apply touch up paint.