Pictured above left is the finished nose retract frame before it was mounted inside the fuselage.  We have drilled out material to reduce weight, added a servo and the pull pull cable system and routed the cables on the outside of the frame in order to avoid the possibility of entangling the strut when it retracts.  Further adjustment may be needed in order to insure smooth operation of the landing gear on the complete aircraft. 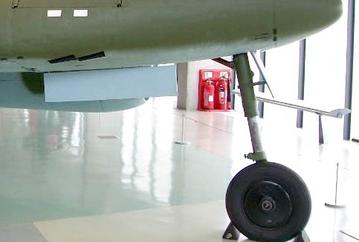 One of the most challenging aspects of this part of the build is determining how long the front nose gear strut should be.  The Me 262 had a tricycle landing gear configuration whereby the nose was slightly tilted upward, not downward as depicted by other jet models.  We will not permanently attach the strut to the retract until the final measurements are made with the main landing gear installed in the wings. 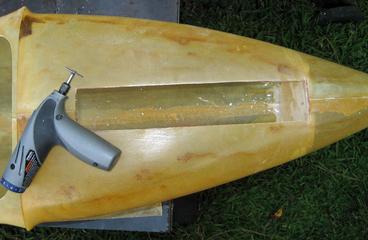 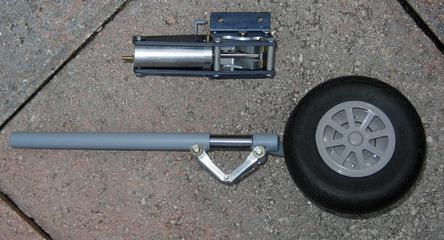 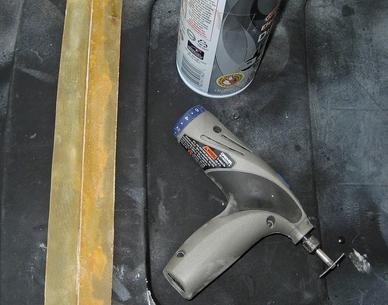 Once we secured formers #2 & 3 we added some reinforcement to the top of the former and then installed part #15 which is where the wing mounts will be located.  This area will take a lot of stress and we are not taking any chances.

Our next step is to begin the installation of the retractable nose landing gear by marking off, and cutting the nose gear door out of the fuselage using a Dremel Stylus cutting tool.  We then constructed a mounting frame for the nose gear which will serve to reinforce the front fuselage but also provide plenty of support for the landing gear.  We purchased the Robart 550 retract and the Robart 558 strut along with 3.25 inch wheels.  The custom frame is made from 1/4" basewood and will also house a Dubro pull pull system for steering the nose gear. 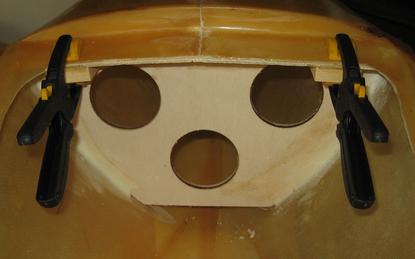 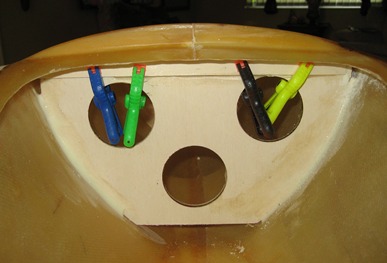 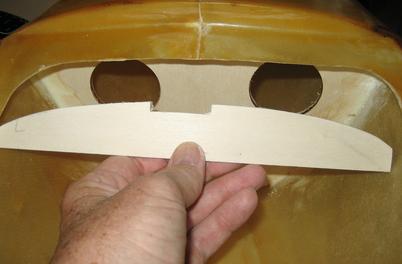 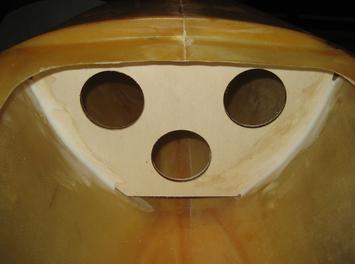 We began our project by focusing on the  Me262's fuselage which is beautifully crafted from fiberglass.  It has fairly thin walls which means it needs to be reinforced and strengthened with the addition of the 1/8 in and 1/4 in formers.  We took the original 1/8 formers and recut them using 1/4 for great strength.  We carefully sanded each piece and bonded them to the fuselage using two part epoxy mixed with micro balloons for a solid bond.  The fuselage immediately felt stronger and easier to handle. 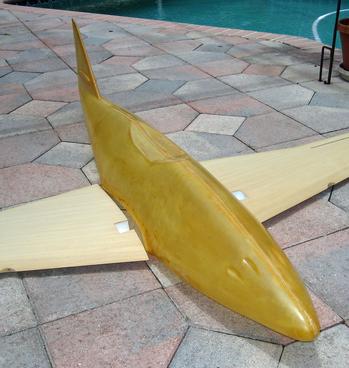 One of the things that we really liked about this kit is its scale appearance.  Other kits including the Airworld Me 262 are excellent but the design of the engine nacelles is noticeably wrong.  The Bauer Modelle is clearly a builder's kit but we decided to tackle it anyway and include such options as Robart retracts, a detailed cockpit from Iflytailies.com and a pair of 120mm EDF's from Jet Hangar Hobbies to name but a few.  This is my first  jet project so I am approaching this endeavor as a bona fide EDF newbie and profound feelings of terror.  Strap yourself in and hold on. 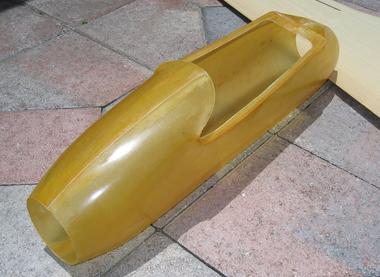 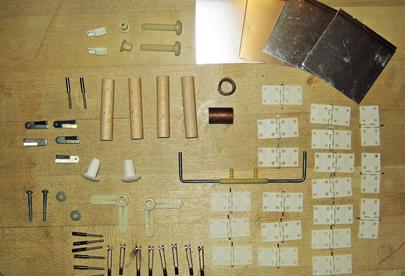 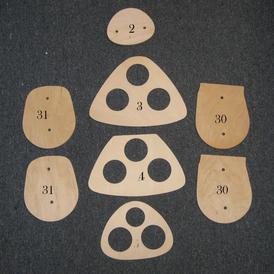 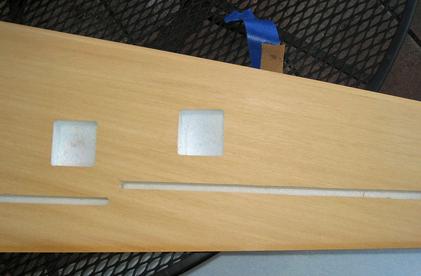 Our  Me 262  kit was originally produced by a German company called "Bauer Modelle" approximately ten years ago.  The craftsmanship is excellent whereby the kit includes a detailed fiberglass fuselage, foam wings pre-skinned in Obechi wood, precut formers, fiberglass nacelles, clear canopy and a hardware package.  Also included in the kit are a two sheets of blueprints which will prove to be very helpful since the kit did NOT include any instructions.  Oops.

We purchased the kit from an individual who acquired the jet from an estate sale sight unseen.  The instructions were missing as well as the fiberglass engine tubes that would normally be used for a nitro powered ducted fan setup.  Since we are going with EDF fans these inserts will not be missed...much. 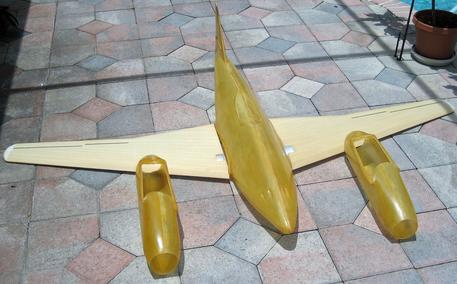 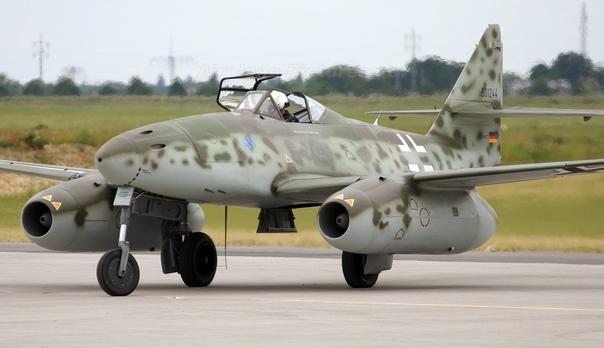 The Me 262 was the first operational fighter jet introduced during the late stages of WWII.  It was significantly faster than any Allied aircraft in existence and packed a deadly punch with quad 30mm cannon and the ability to fly in, and out of combat with frightening ease.  The German Luftwaffe hoped that the Me 262 would be a game changer but this would not be the case due to low production numbers, intense Allied bombing and the reality that the war was already lost. 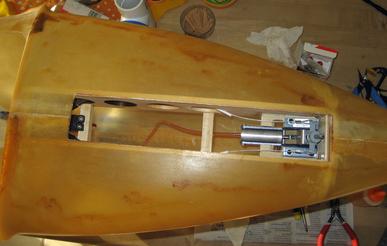