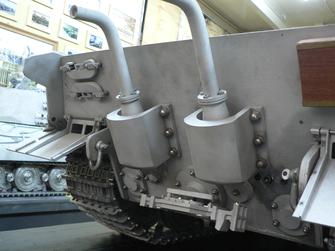 Several years ago, we acquired a one sixth scale Konigstiger or King Tiger from Verio Tanks out of Hong Kong.  The tank was essentially scale in appearance, crafted primarily from steel and featured a detailed drive train and heavy duty gear box.  A YouTube video revealed the King Tiger towing a small delivery truck with a grown man sitting in the open chassis.  The potential for an impressive AFV project was certainly there and we set about stripping the exterior, replacing many of the surface details and gutting the stock electronics.  Regrettably, life got in the way and the finished Konigstiger remained under cover in the back of the workshop for several years. Until now.

There is no question that this is a solid, well constructed tank whereby the original designer nailed the running gear and track links along with the overall hull and turret dimensions but fell short on the rear hull, electronics, mud guards and surface details such as tow ropes, jack blocks, shovels, jacks etc.  We liked the fact that the upper hull, mud guards and the turret roof could be easily removed for easy access and the barrel was nicely balanced with an upward elevation held in place by a counterweight.  The Tamiya speed controls were crap and the sound and smoke modules were non existent.  So here is what happened next... 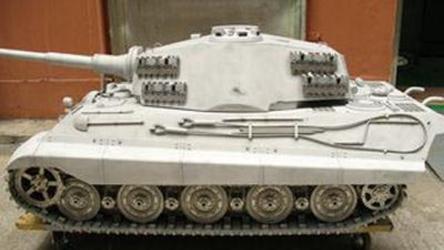 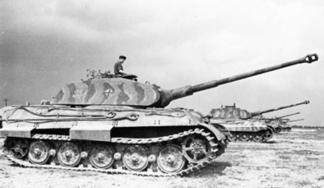 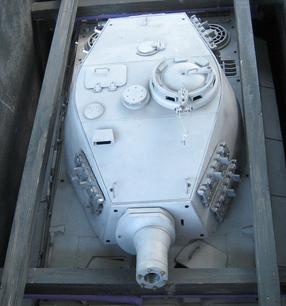 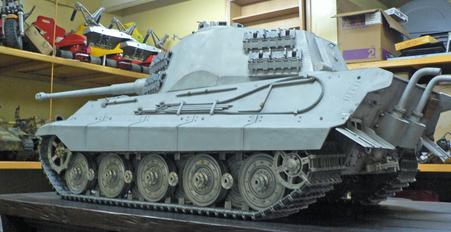 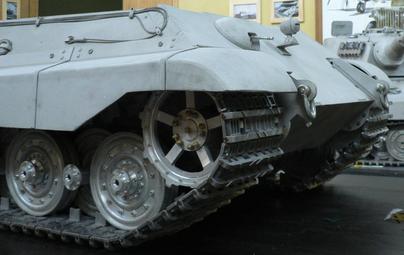 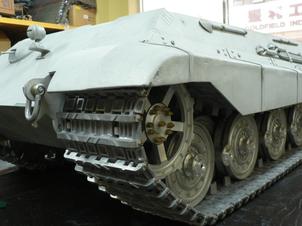 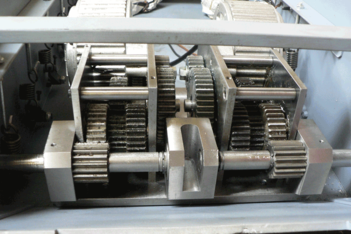 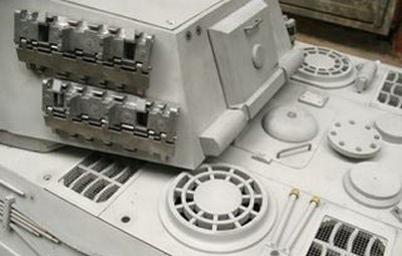