We have finished adding the surface details including tools, antenna, tow ropes and of course the turret.  We will begin weathering the Panzer and touching up several areas with base coat.  We are not going to go over board since a little goes a long way and the new owner may have other ideas as well.  Divisional markings will be added once the paint has fully cured. 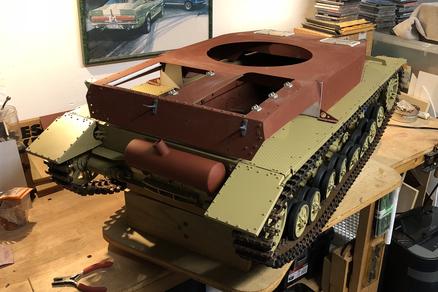 One of the last features to be added to the rear upper hull are the tow ropes.  We found two pairs of white metal tow rope ends in our parts bin but was not uncertain whether a steel cable would be able to bend or fit on the mounting brackets.  Sure enough, the braided galvinized steel cable would not conform to the two mounting brackets.  We were fortunate to find a three strand nylon cable on Amazon that was tinted in a metallic silver.  Not only did it fit both the brackets and tow rope ends but it did not require any additional painting. 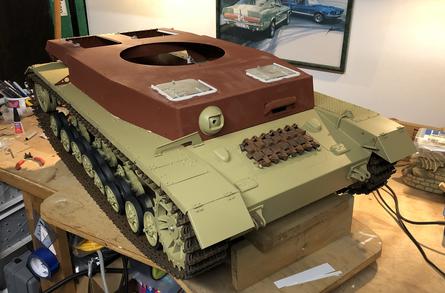 We have finished most of the lower hull assembly, installed our tracks and have decided to dust off the upper hull and perform a test fit.  Immediately, the look of our Panzer IV has changed and is beginning to appear like a bona fide panzer jaeger.  There is lots to be done and several important issues to resolve such as rear end fitment, how to secure the upper hull to the lower and plenty of detailing concerns as well. 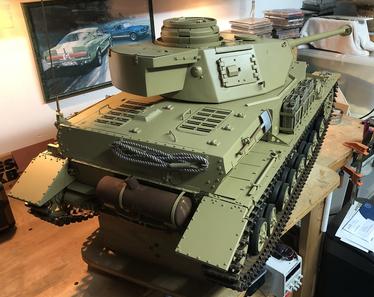 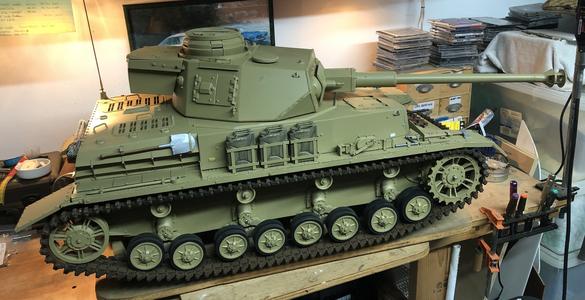 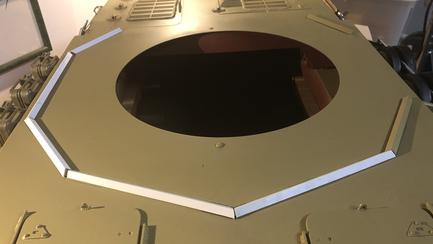 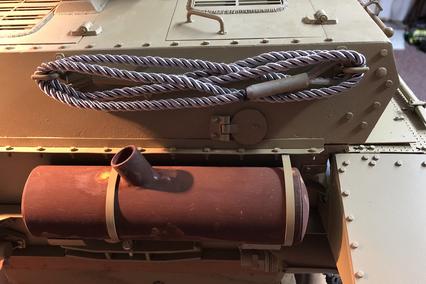