There were three versions of the M4 Sherman that was fitted with 105 mm gun.  All three were produced and deployed relatively late in the war.

"Sherman M4 105mm Howitzers were designed to be deployed in Assault Gun Platoons that consisted of six vehicles as part of an armoured battalion. Their job was to provide more powerful close fire support and lay down smoke. They were not intended to engage in combat with enemy tanks. The high explosive HE shells they fired from their 105mm howitzer cannon did not have good anti-armour penetration performance.

They were great at knocking out pill boxes, soft skinned lightly armoured vehicles, infantry and artillery encampments. If they were suddenly surprised by an enemy tank they were issued with a high explosive anti-tank round known as a HEAT shell for self defense."

Several years ago, Dragon produced a 1/6 scale kit of the Sherman 105 which complemented the M4A3 Sherman which was available fully assembled.  This is a large kit that features a reasonable amount of detail and was popular to AFV hobbyists due to its large size and realistic appearance.  The 105 kit quickly sold out and finding one that is new in the box is quite difficult.  Our project is a "no frills" buildup whereby we do not anticipate using after market parts or upgrades unless absolutely necessary. 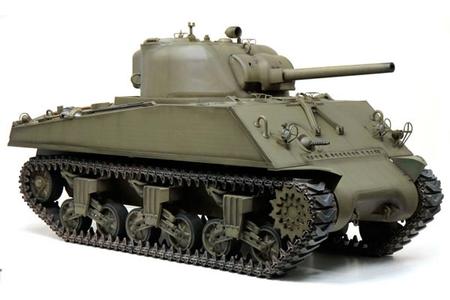 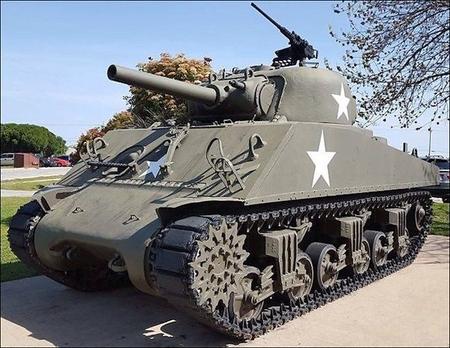